Located adjacent to the Sheraton Hotel Niagara Falls, Niagara Beach and Surf Club will be an all-season surf and beach-themed entertainment venue in downtown Niagara Falls.

There will be a football field-sized interactive wave pool and mezzanine area, connected to the Sheraton Niagara Falls, as well as stationary surfing waves and saltwater lagoons where visitors can swim with aquatic life. 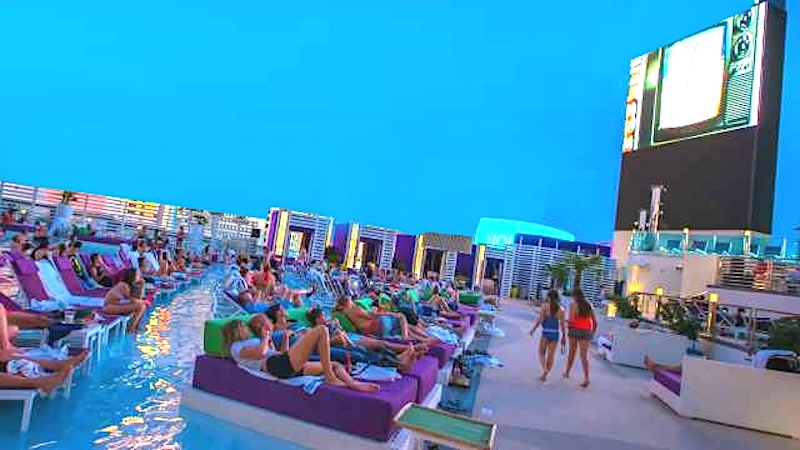 More features include a Beach Club restaurant and bar, large interactive video screens for ‘Dive In’ movies and events, and weather-controlled temperatures via a retractable roof.

Niagara Beach and Surf Club hopes to extend visitor stays in Niagara Falls, and will also be used as a concert and entertainment venue.

“This project concept checks every box – in creating a quality family-friendly venue for tourists and for residents in downtown Niagara Falls,” said Michael DiCienzo, Vice President of Development for American Niagara Hospitality.

“The question has always been about extending seasonality and visitor stay, especially during the winter months, and this concept can become a huge contributor in benefiting both.” 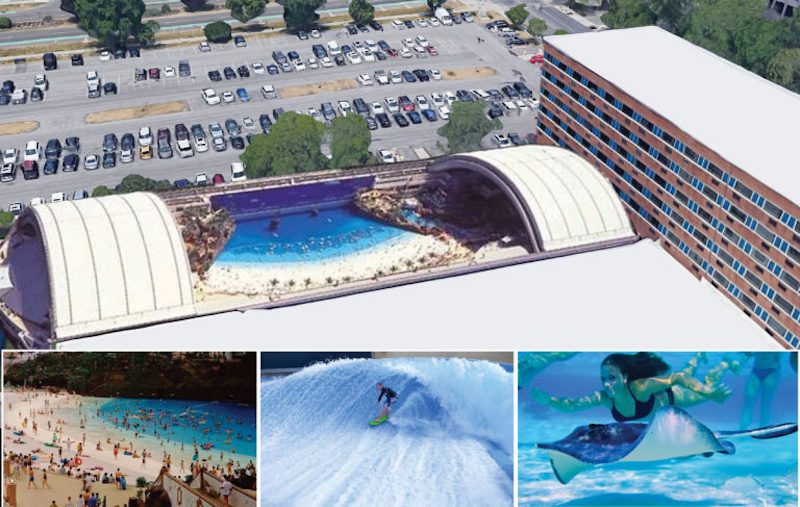 However, Niagara Falls Mayor, Paul A. Dyster, later said that DiCienzo had misled the NCIDA about the project site’s status.

DiCienzo, meanwhile, has said that he would spend $11 million of his own money on Niagara Beach and Surf Club, but not $15 million.

It’s thought the project will create 40 full time jobs when it’s completed, with construction scheduled for fall 2020 and opening set for fall 2021.

In the UK, plans are moving forward on a major beach and surf-themed attraction in Devon, featuring a beach, surf lake, lagoon, high ropes adventure area and shopping village.