Star Wars: Rise of the Resistance‘s opening date has been announced. The attraction at Star Wars: Galaxy’s Edge will open on December 5 at Walt Disney World Resort.

Disney is honouring Walt Disney’s birthday on December 5 with the opening of the most immersive and advanced ride in a Disney theme park.

Once work is completed at Walt Disney World, the Disney Imagineering team will return to California to complete work on Rise of the Resistance at Disneyland Resort, set to open on January 17, 2020.

The most immersive and advanced ride at Disney 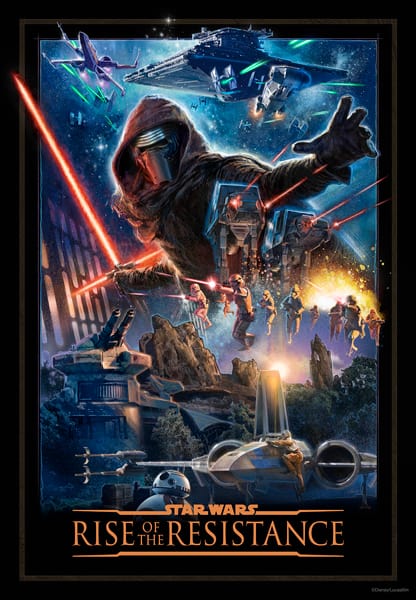 Star Wars: Rise of the Resistance merges fantasy and reality, culminating in a battle between the First Order and the Resistance.

Visitors will be recruited to join Rey and General Organa at a secret rebel military base in the forest, next to Black Spire Outpost on the planet of Batuu.

After guests are captured by a First Order Star Destroyer, Resistance heroes help them escape, protect the secret base, and dodge Kylo Ren.

Walt Disney Imagineering executive creative director, John Larena, said of the Star Destroyer: “When those doors closed, you were looking at Poe’s X-wing spooling up, everything getting ready.

Rise of the Resistance is made up of four different ride experiences, which result in one of the longest attractions ever created for Disney.

A battle between the First Order and the Resistance