Opening 2019, the construction of the new St. Louis Aquarium at Union Station has presented unique challenges to the team tasked with the creation of this ambitious new attraction. They are building a 21st Century aquarium inside a 19th Century, historic building. Building an aquarium is complicated.  But building a spectacular 21st Century aquarium inside the footprint of a 19th Century train shed designated as a National Historic Landmark adds additional levels of complexity.  Fortunately for McCarthy Building Companies, which is building the two-story, 120,000-sq.-ft. St. Louis Aquarium at Union Station, construction challenges are their strength.

St. Louis Union Station has a long and rich history. Opened to the public in 1894, it was originally owned by the Terminal Railroad Association of St. Louis. Local Architect Theodore Link designed the structure’s three main areas: the Headhouse, the Midway and the 11.5-acre train shed. At its peak in the 1940s more than 100,000 passengers a day traveled through the station. 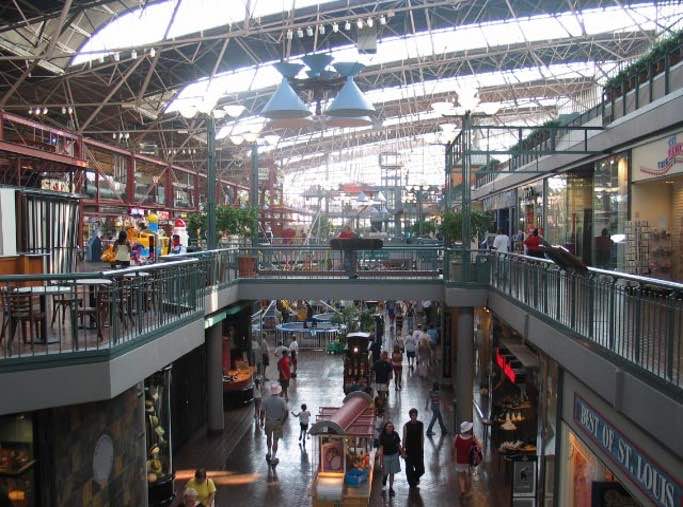 Union Station closed in 1978 when Amtrak relocated its St. Louis train station. It reopened in 1985 as a festival marketplace (above) following a $140 million renovation completed by the Rouse Corp. of Baltimore, that included transforming the train shed into a two-story shopping mall and food court.

Today, Lodging Hospitality Management (LHM), owns St. Louis Union Station. The plans for the aquarium are part of a $160 million family entertainment complex. This will include an observation wheel and an outdoor park for entertainment and food and beverage venues. The aquarium alone is expected to attract one-million visitors a year. In addition, demolition required controlling noise and dust. This was because of an active 567-room hotel, as well as popular themed restaurants on the property.

Demolition depended on working from “as-built” drawings from the late 1800’s,. These made existing condition coordination, work sequencing and planning essential. Not only was it necessary to protect and preserve the original columns, footings, foundation, underground piping and more, but also historic construction restraints provided limited access to certain areas, sometimes allowing less than two-feet of space.

Once the demolition is complete this spring, work will begin on building the aquarium.  Key phases of construction range from structural work that includes micropiles, footings and underground systems, procurement and installation of acrylic glass for multiple exhibits, as well as tank testing, theming, and life-support system installation and testing. 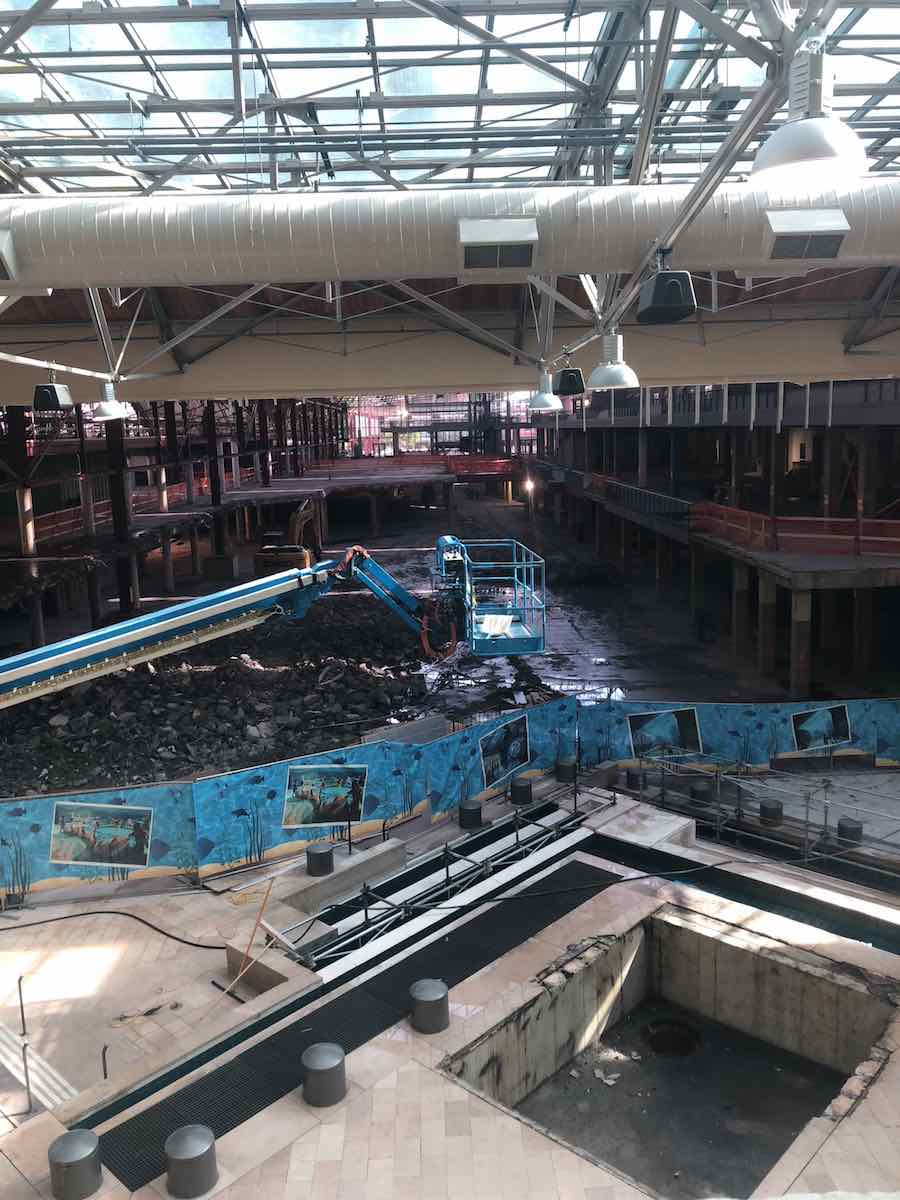 Each phase comes with its own set of construction challenges. Both PGAV and McCarthy have significant experience designing and building aquariums, respectively. As a result, they know first-hand what actually works in translating design to built-work and appreciate what it takes to create a successful aquarium both from practical behind-the-scenes to the ultimate guest experience. 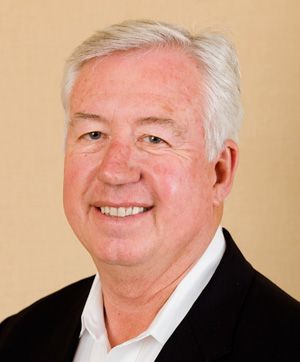 “We’re very excited to have the nation’stop construction and design firms working with us on this project,” said Bob O’Loughlin, Chairman and CEO of LHM. “The fact that both McCarthy and PGAV Destinations are based in St. Louis means that they also appreciate the value of Union Station’s history and its importance to our community.”

McCarthy, PGAV and zoOceanarium Group all appreciate the value of collaboration through every phase of a project.  The team not only has regularly scheduled meetings, they frequently touch base throughout the day on everything from constructability issues to site and design considerations that will meet both the owner’s and operator’s needs and high expectations.

“St. Louis Union Station is being recreated for the future. We’ve received a great reception to the first phase of our project remaking the hotel spaces and the Grand Hall and we also know the opening of the St. Louis Aquarium and Wheel in 2019 will make Union Station a true destination hotel and entertainment complex,” said O’Loughlin. “Additionally, partnering with zoOceanarium Group as the operator of the aquarium brings a high level of professionalism to the project. This will be appreciated by everyone who visits the new attraction.”