There may be fewer flights but some airports are keeping visitor numbers high by offering inventive staycations, entertainments and F&B deals.  Jewel Changi, the airport’s nature-themed retail, entertainment and relaxation complex, extended its offering over the holiday season and, going forward, plans to keep people engaged with Changi amidst coronavirus. Glampcations in the Clouds offer families the chance to stay overnight in comfortable large tents set amidst towering ficus trees shimmering with fairy lights.  The world’s largest indoor waterfall, HSBC Rain Vortex, provides the soundtrack.  Visitors can also enjoy attractions such as bouncing on a sky net, figuring out a hedge maze, and taking topiary walks in the canopy park.

“Our objective was to strengthen Changi Airport’s global competitiveness,” said Jean Hung, Chief Executive Officer of Jewel Changi Airport, in an interview with Blooloop. “And at the same time capture tourism mindshare. To do so, we needed to create something unique, push boundaries, and deliver a game-changer.”

She explained that the aim was to make the airport far more than just a transport node – it needed to become a destination in its own right. “Part garden, part airport, part mall, part attraction – it is all these facets put together,” she said. The ten-storey expansion to the airport cost S$1.7 billion (£951 million). 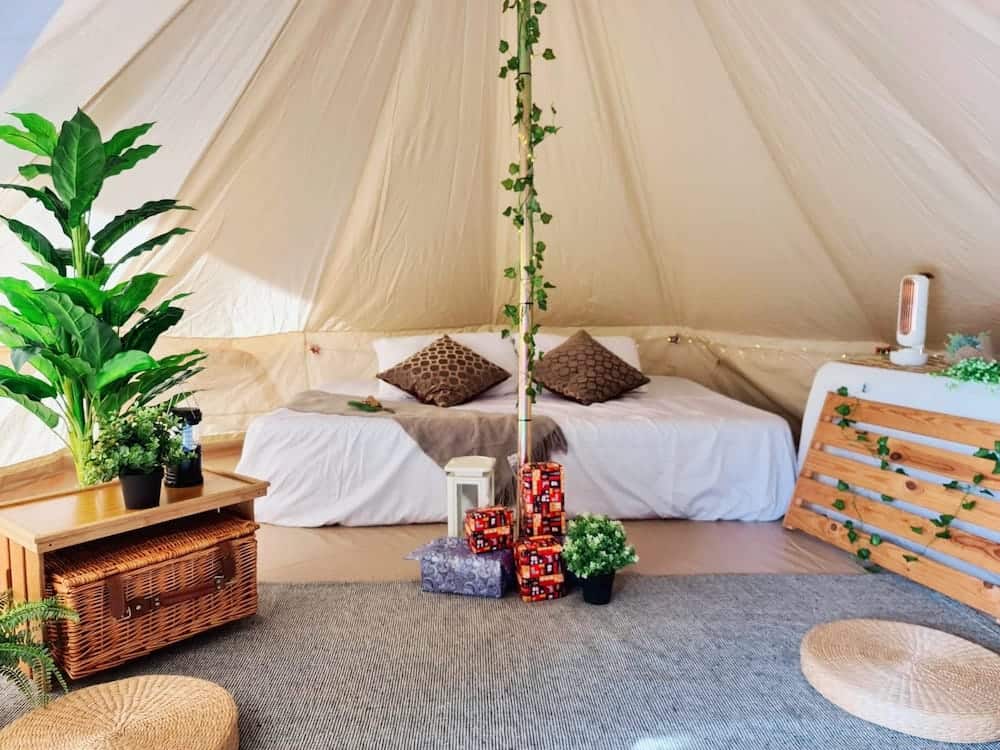 The airport is also scrambling to future-proof itself further. It is doing so by building 840 guest and meeting rooms on part of the neighbouring Singapore Expo site.  The accommodation forms part of a bubble initiative, a facility to serve business visitors.  It will build on the services already offered by Changi’s existing 130-room hotel, YOTEL AIR.

Under normal circumstances Changi is Asia’s third-busiest hub for international travel.  Like other airports it has suffered under the pandemic and at present is only operating two of its four terminals.  Passenger numbers are down 98 percent on 2019 levels and it has delayed construction of a fifth terminal for at least two years.

The growing trend for traveltainment

Changi isn’t the only airport coaxing in domestic visitors as well as external travellers with its entertainment offerings.  Chubu Centrair International Airport in Japan opened its own airport theme park, Flight of Dreams, in 2018.

The MyDubai Experience at Dubai International Airport lets visitors go on a virtual tour of Dubai while the family zone in Terminal 3 has a large trampoline park and basketball court.  The Zen Garden offers a retreat experience, alongside spa offerings.

Beijing Daxing International Airport, now the largest airport in the world, is developing a major traveltainment complex to include retail, sport, art, lifestyle and entertainment, alongside offices and hotels.  The airport already has five traditional Chinese gardens and a yoga room.

As travel restrictions continue, it makes strong commercial sense to turn airports into destinations in their own right.  Jean Hung explains that in Singapore, that is already happening with the airport a vital hub for locals.  “Students study at the airport and families spend their weekends there, even when they are not travelling,” she says.  Her belief is that airports need to focus on what she calls ‘heartware’, letting people build memories.  It’s something airports across the globe will likely want to replicate.