Celebrating the magic of Harry Potter

“We are honored to be entrusted with the iconic Harry Potter brand and excited to develop and share an exhibition experience that celebrates the magic of the Wizarding World,” says Tom Zaller, CEO of Imagine Exhibitions. “We look forward to working with world-class partners, promoters, and sponsors to bring an all-new Harry Potter: The Exhibition to fans around the globe.”

The first venue to host the exhibition will be announced in the next few months.

The world of Harry Potter, told through seven novels, eight films and an award-winning stage show as well as the Fantastic Beasts film series, has charmed millions of fans around the world over the last two decades. The books themselves have now sold more than 500 million copies around the world, with more people discovering the magical world each year.

Now, fans will be able to explore it further with an immersive, behind-the-scenes exhibition that celebrates the most iconic moments of the films, the novels, and the expanded Wizarding World. The touring exhibition will showcase carefully crafted environments, celebrating the films’ much-loved characters, settings, and creatures while also exploring the filmmaking magic that brought them to life.

Authentic props and original costumes from the Harry Potter and Fantastic Beasts films will also be on show.

“We are thrilled to be partnering with the experts at Imagine Exhibitions, on this all-new Harry Potter exhibition,” says Peter van Roden, Senior Vice President of Global Themed Entertainment at Warner Bros. Consumer Products.

Last year, Imagine Exhibitions supported the launch of MuseumExpert.org, a free-to-use platform to connect museum professionals with employment opportunities that was launched with AAM. 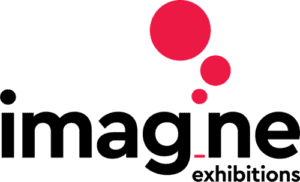