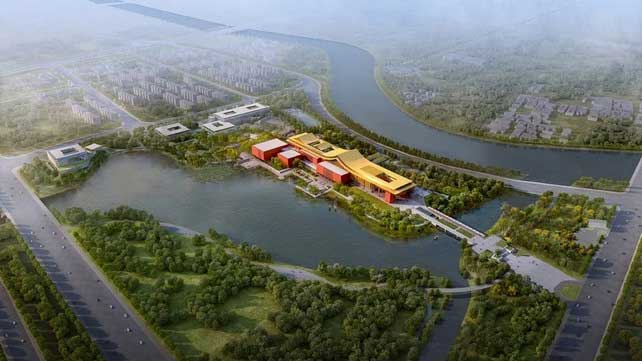 Beijing’s Palace Museum, also known as the Forbidden City, has become the most visited museum in the world, welcoming 17 million visitors.

Visitors are also increasingly visiting new areas of the museum – with the Treasure Hall and the Clock Museum seeing double the number of visitors this year compared to 2013.

Shan Jixiang, head of the museum, said: “The fundamental reason why the Palace Museum has become so popular among young people is that it strikes the right balance between preserving history, sharing knowledge, and providing interesting interactive displays.”

The Palace Museum has launched an expansion project to enhance the museum’s capacity- the North Museum Project.

The development is part of the Palace Museum’s general plan for renovation known as “Safe Museum, Secure Palace” (Ping’an Gugong). It includes the construction of a new underground warehouse to protect relics in a controlled environment. It will feature custom humidity and temperature settings.

The programme is set to complete in the year 2020, when the Museum will celebrate the 600th anniversary

The museum is also using innovative technology. This year, it installed ten two-metre high screens at its Duanmen gallery. Visitors can see themselves dressed in virtual robes. With a swipe of the screen, they can become royalty, a court official, a general, even a eunuch from the Qing Dynasty (1636 – 1912). They can then send the images to their mobile phones and share them on social media.

And in 2016, the museum collaborated with Tencent, the Chinese internet giant Tencent to digitalize its archives. Tencent created a video in which a Ming Dynasty emperor rapped about his courtly antics. The video went viral, with millions of views on social media.

The museum’s online souvenir shop is certainly engaging with consumers. The shop, which features Forbidden City-related items, made one billion yuan ($150 million) on Alibaba’s Tmall marketplace in 2016. The unexpected hit at the shop this year was a range of 3D-printed lipsticks, featuring auspicious patterns.