With Christmas 2018 just around the corner, attractions around the world are celebrating the season with special events, shows and more.

From lavish decorations to dazzling light shows, the Christmas period is an opportunity for attractions to show off to guests. Here are a selection of holiday celebrations from parks, zoos and museums around the world. Merlin Entertainments attractions are putting on a number of Christmas events. While the cold weather usually closes theme parks during winter, Chessington World of Adventures will open selected rides, the zoo and the aquarium for winter visitors. Legoland Windsor will also open to guests with a Lego elf hunt, character meet and greets and Lego decoration making.

Merlin’s midway attractions will remain open during the festive season. The London Eye is offering guests the chance for a unique journey over London with the Chief Elf. The Elves Eye View experience includes a trip to Santa’s Grotto, an elf hat and a trip in the iconic landmark.

Nearby, Shrek’s Adventure will welcome Santa into the swamp with an upcharged Santa’s Grotto experience including a gift. 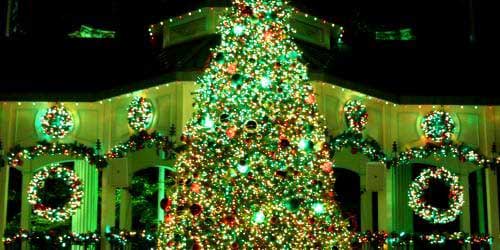 Across Six Flags properties they will host Holiday in the Park. Fiesta Texas will feature a festive ornament photo opportunity and musical celebration. Great Adventure will present a new acrobatic show called Wonder: A Cirque Spectacular, as well as a new section with huge Christmas ornaments. At Great America young ones can write letters to Santa, and the park will also feature S’mores Stations. Magic Mountain will feature Santa’s Cottage, an ornament trail and light shows across the park.

Cedar Fair theme parks  will be offering Christmas celebrations – mostly in the form of the annual Winterfest. All of the parks feature holiday lights and décor, live entertainment, treats and experiences. 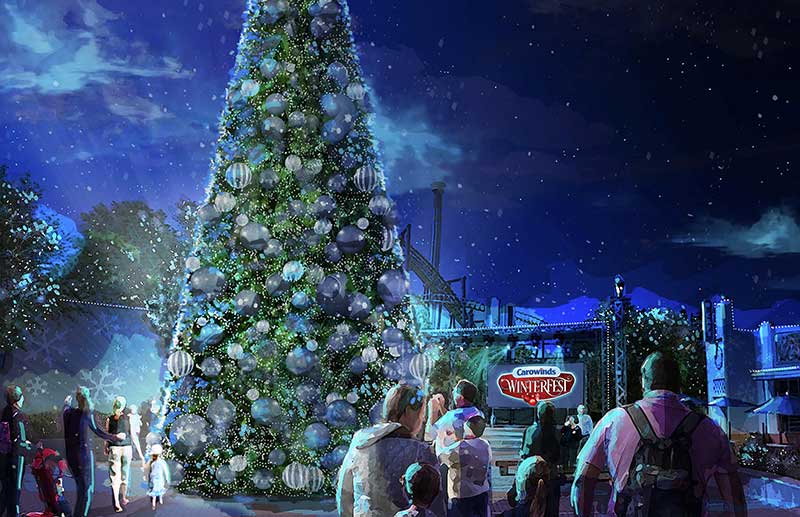 At California’s Great America, guests can see one of the Bay Area’s tallest Christmas trees adorned with thousands of lights accompanied by giant toy soldiers. Meanwhile Canada’s Wonderland will feature ice skating and a special holiday show featuring the cast of Peanuts.

At Carowinds, guests can decorate cookies with Mrs Claus and enjoy the nightly tree lighting ceremony.

Kings Island, Kings Dominion and other parks are offering the unique opportunity to chill out in one of Jack Frost’s premium igloos. The upcharged experience includes reserved seating at select shows, an event host to help plan your night and food & beverage delivery to your igloo. 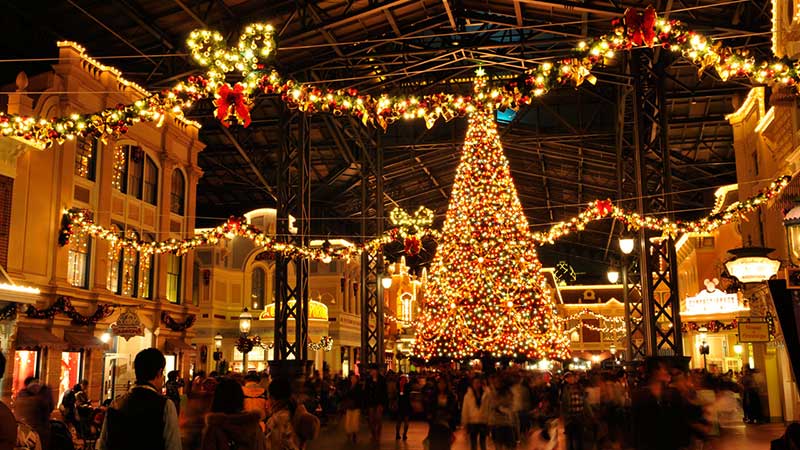 Tokyo Disneyland will feature a festive parade called Disney Christmas Stories, and the park will be decorated with glistening lights and a real Christmas tree adorning the 35th anniversary logo. At DisneySea, a unique musical show will be performed twice a day starring Mickey Mouse and his friends. A nighttime spectacular will light up the 15-metre Christmas Tree on Mediterranean Harbor. Both parks will offer special Christmas merchandise.

There will be Christmas 2018 events and decor across the Walt Disney World Resort. On select nights, guests can join Mickey after hours at Magic Kingdom for Mickey’s Very Merry Christmas Party with character meet and greets, select rides and complimentary treats. 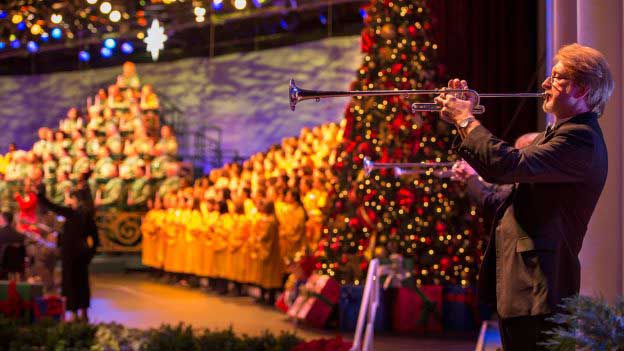 Epcot will welcome a celebrity narrator each night to tell the Christmas story as part of their Candlelight Processional. Whoopi Goldberg, Pat Sajak, Auli’i Cravalho and others will feature as guest narrators in the show.

Disneyland in California will feature numerous performances, music and parades celebrating Christmas in other cultures. These include performances from Bollywood dance troupes, and the ¡Viva Navidad! Street Party celebrating Latino culture.

Disneyland Paris will present “A Very Merry ChrisMouse” with festive decorations, parades and new shows including A Merry Stitchmas and Surprise for Mickey. Festive shows and decorations will also light up Hong Kong Disneyland and Shanghai Disney Resort.

At Universal Studios Hollywood, the park will celebrate Grinchmas. Set against the backdrop of a one-of-a-kind 65 foot Suessian tree. There will be a holiday revue featuring Martha May Who-vier and the Who-dolls. In the Wizarding World, there will be nightly snowfall and a light spectacle called The Magic of Christmas at Hogwarts Castle.

At Universal Studios Singapore, the park will present A Universal Christmas. There will be an interactive Elf Town with characters, a light up show and parade. There will also be a number of themed parties and shows including King Julien’s Merry Mambo Christmas Party, Betty Boop Step Into Christmas Show and A Christmas Date with Marilyn Monroe Show.

In Orlando, both parks will celebrate the Christmas 2018 season. The Wizarding World of Harry Potter will feature decorations and performances across Hogsmeade and Diagon Alley. In Hogsmeade, there will be a projection show called The Magic of Christmas at Hogwarts Castle. Guests can catch the Grinch in the Grinchmas Who-liday Spectacular show and – in Universal Studios – see characters and floats in Universal’s Holiday Parade featuring Macy’s.

Europa-Park will open as a Winter Wonderland, with 3,000 snow-covered Christmas trees, 10,000 Christmas tree baubles and thousands of lights. There is also a traditional German Christmas market with gifts, crafts and decorations. Each night will be topped off with the Winter Starlight Parade. There is other Christmas entertainment – including a circus show – every day. The British Museum is holding a unique sleepover event for families to learn more about how Christmas has been celebrated through the ages. In the £70 experience, guests can spend the night in the Ancient Egypt galleries surrounded by kings and gods from the ancient world. There will be mince pies, hot chocolate and a festive breakfast in the morning.

The Natural History Museum has set up an ice skating rink outside the museum’s iconic Waterhouse building. 50 minute sessions include skate hire – and penguin skate aids are available for an extra fee.

The V&A Museum in London is showcasing an impressive Gingerbread City. Over 60 gingerbread buildings have been designed and created by architects, designers and engineers. The display includes skyscrapers, a cinema, library, school, city farm and a museum. In addition there is a sports stadium, a homeless shelter, brewery, parks, hotels and even an ice bar.

The Met will have a range of holiday events for Christmas 2018. At the Met Fifth Avenue, a twenty-foot blue spruce will be decorated with figurines – and they will display one of the largest silver Hanukkah lamps known. Guests will also be able to hear Christmas choirs and performances. In addition, they can enjoy festive treats and cocktails at the museum cafeterias.

Ice* Amsterdam returns to see the Museumplein transformed into an ice rink for three months. Swedice’s ICEFLOO technology powers the rink complete with a replica of the city’s famous Magere Brug with the Rijksmuseum in the background. 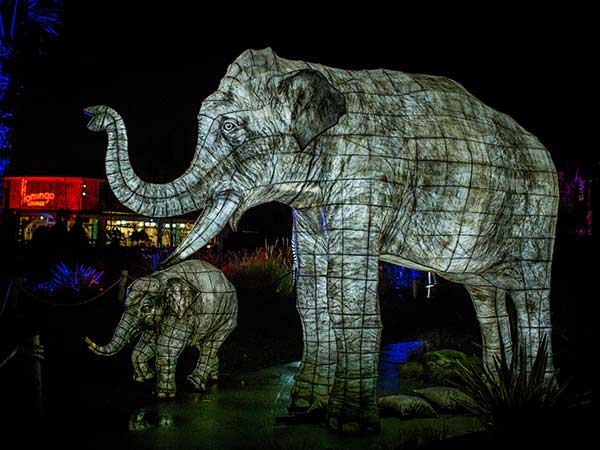 Following the growing trend of opening after hours for special events, ZSL London Zoo is hosting a spectacular light show after the zoo closes for the night. The mile long Christmas trail features over one million pea lights, 200 visual displays, two illuminated flying flamingos, a pair of giant golden giraffes, one larger than life lion and an 11-metre tall tree made of 365 recycled Christmas sledges.

The Lanterns return to Chester Zoo for the iconic Christmas tradition. Nine ‘worlds’ feature animal-inspired illuminations, lanterns and costumed characters. The experience lasts, on average, for one hour. Guests can see the famous Lanterns from Christmas’ past as well as some new ones for this year.

Longleat Safari Park is also gearing up for Christmas. The zoo will put on its own display of Christmas lanterns in the Festival of Light. Guests can also visit Father Christmas in his grotto via the ‘Santa Train’, travelling past the Half-Mile Lake.

San Diego Zoo is celebrating the season with Jungle Bells: a winter wonderland of lights, shows and foods. The event will feature a daily lights show, carol singing, and a 4D experience based on The Polar Express. As well as the usual animal encounters, guests can visit Christmas characters including Father Christmas himself.

At Saint Louis Zoo, they’ll be hosting the U.S. Bank Wild Lights, nominated as the best zoo light display in the U.S. There are over 1 million twinkling lights and animal-themed displays, fire pits and live entertainment. The Penguin & Puffin Coast and the Monsanto Insectarium animal exhibits will also be open after dark.

Or for something different…

Backyard Cinema Presents: The Snowman Experience will run from 22 November – 6 January at the annual Winter Wonderland event in Hyde Park, London organised by IMG. The experience will be a multi-roomed, multi-sensory, cinematic adventure.

Meanwhile, the unique fantasy theme park Evermore, in Utah, presents its Aurora Christmas experience. The winter festival will bring a “Dickensian feel” to the park. Guests are part of the story in this unique, role-playing theme park

And finally, a pop-up lantern festival in London’s Southwark Park boasts a dragon in a pear (technically a London Plane) tree. The attraction is operated by UK sightseeing and tourism company Golden Tours.