Barco, the technology company focusing on innovative visualization solutions, helped light up the iconic Arc de Triomphe to welcome in the New Year on December 31 2019.

Barco is pleased to announce that its UDX projectors were used for the spectacular light and sound show that lit up the Arc de Triomphe in Paris. The city awarded the tender for the New Year’s Eve show to Cookies Productions, who selected Barco’s projection technology to support the event.

Over 400,000 locals and tourists gathered on the famous Champs-Elysées avenue where they enjoyed a celebratory show with music, video mapping and pyrotechnics. 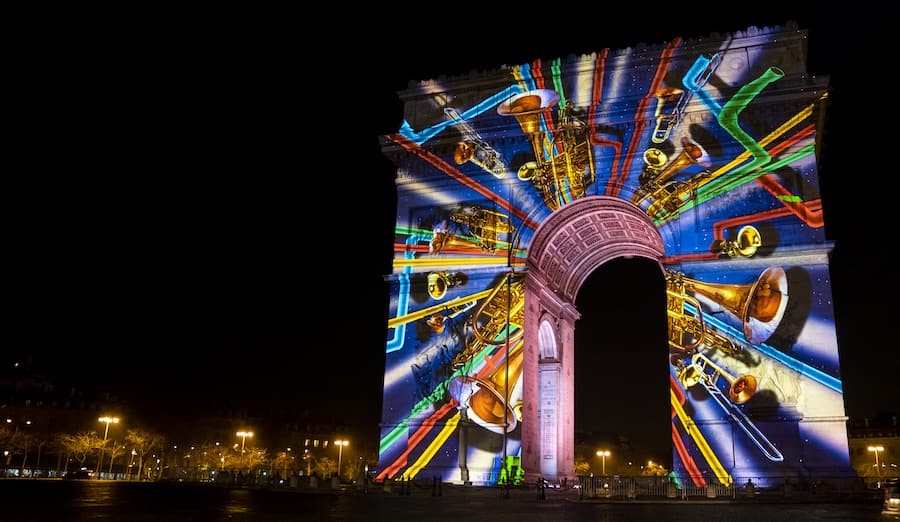 This is the 6th year that the city has put on a New Year’s Eve spectacular in this location. On being awarded the tender, Christophe Gillier, CEO of Cookies Production, says: “The city was looking for a fresh artistic proposal. While the budget for the project remained the same as the previous edition, I wanted us to achieve something even better. Better because we would deeply exchange and have the technical, artistic, and pyrotechnics teams collaborate.”

Cookies Production collaborated with Holymade and Spectre Lab for the show’s artistic direction and production. In addition to this, the company chose Magnum to set up and adjust the projectors, sound equipment and lighting, in order to ensure complete synchronisation. 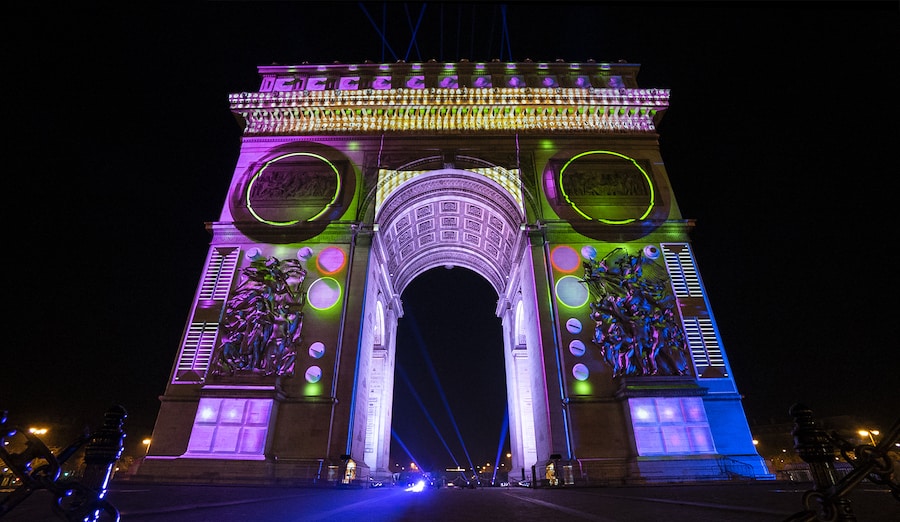 15 Barco UDX-W32 projectors were used for the show. “We reached about 470.000 lumens and more than 300 lux per square meter. This was a first for the Arc de Triomphe,” says Gillier.

These video projectors were fed by 4 Modulo PI media servers, used for video mapping and show playback. The show was filmed by 6 cameras and displayed live on 4 giant screens placed along the Champs-Elysées avenue.

The theme of the show was music, and it kicked off with a live DJ set, followed by a pre-show with music and images of Paris projected onto the monument. At 11.45 pm, the light show began, and the crowd was treated to images of Paris that transformed the Arc de Triomphe, alongside a soundtrack made of French house artists. It culminated in a fireworks display with 2,700 shots.

Barco is hosting a free webinar on 23 March 2020 to explore how technology can be used to create an immersive museum experience.