Red Frog Digital, a world leader in AR apps for the visitor attractions market, has announced the launch of a new augmented reality app for visitors to the Liverpool ONE shopping and leisure complex. The app, Dinosaurs Unleashed, invites users to hatch, feed and battle their dinosaurs using the latest AR technology. Red Frog Digital has teamed up with Liverpool ONE, which is located in the heart of the buzzing UK city. As the fifth largest shopping centre in the UK, it is home to over 170 stores as well as two large hotels. In 2018, around 29 million visitors came to the shopping and leisure complex, which is owned by the Grosvenor Group.

Visitors to the shopping centre will be able to download the new app to their own device and then use it to collect points. Users will hatch dinosaurs from hidden eggs around the complex. Once the creature has hatched, visitors can collect food by walking around the site. This makes the dinosaur grow strong so that users can take it into battle.

The “Battle Arena” can be found at Chavasse Park. Gamers are able to challenge others, earn points, and see how they measure up on the leader board. The fun doesn’t stop there since players can take their dinosaurs home, feed and exercise them, and even share pictures of their new pets with friends on social media.

Red Frog Digital delivered a convincing pitch to the shopping complex and won the contract to deliver the campaign, which will last for 10 weeks from 29th March 2019. After designing the app, gameplay and CGI models, Red Frog gave Liverpool ONE access to the analytics. This means that they can see which parts of the shopping complex are getting more traffic as a result. Through the app, Liverpool ONE has access to useful visitor data.

“This is one of, if not THE most ambitious AR project Red Frog Digital have ever been involved in,” said James Loveridge, Commercial Director. “The excitement on social media this campaign has generated demonstrates the willingness of the general public to embrace ‘technology’. It gives people a standalone reason to visit Liverpool ONE. It also acts as a great tool to ramp up social media sharing. In addition, it gives parents the satisfaction that this is not only interactive and great fun but an educational tool for their children to learn about dinosaurs.” Dane Brookes, is Head of Digital at Liverpool ONE. He said, “Red Frog Digital have been a pleasure to work from day one. Along with being highly creative in their ideas, they back this up with excellent technical skills and knowledge. However, what I feel is unique about the Red Frog team is their amazing agility and steadfast commitment to delivering the best product possible. They are also a very personable and friendly bunch of people to work with.

Red Frog Digital has worked on a range of AR apps, including an AR safari attraction at Knowsley Safari. This innovative experience brings the park’s animals to life to engage visitors and promote their Safari Guide Book. 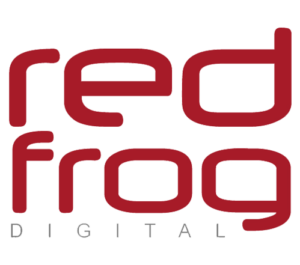