Over the past two decades, the emirate of Dubai in the United Arab Emirates (UAE) has undergone a remarkable transformation into the leading leisure and tourism destination hub of the Middle East.  The Dubai government has made a determined effort to diversify the local economy and drive growth through world-class tourism infrastructure development.

The early-to-mid 2000s saw Dubai’s rapid ascension as one of the world’s most active development markets, funded by rising oil prices and a tremendous influx of foreign investment.  The intense pace of growth stalled in 2009 with the onset of the global recession, and many ambitious projects were left unrealized.

More recently, with the recovering global economy, planning and construction in Dubai has resumed and the government continues to focus on Dubai’s advancement in the global tourism industry, with attraction development as a core strategic driver.

Based on reported numbers from each of the seven emirates of the UAE, ECA estimates the nation’s resident market scale was 6.9 million in 2013.  Nearly 70% of the resident market is concentrated in Abu Dhabi and Dubai.  Dubai itself consists of 2.2 million residents, accounting for nearly a third of the UAE total.

UAE citizens comprise only about 10% of the total population.  The remainder are expatriates, mostly residing in Dubai and neighboring Abu Dhabi, having immigrated for employment and investment opportunities.  A significant share of the expatriate population consists of low-wage migrant laborers, the majority of whom originate from South Asian countries such as India, Pakistan, and Bangladesh, and are chiefly involved in construction and domestic household labor.

It is important to consider that in the rapid development of the Dubai region, the large share of non-nationals and migrant laborers drawn by employment opportunities skewed the overall population composition towards young, adult males.  Additionally, the scale and income limitations of the migrant laborer population is a key consideration in qualifying the size of the leisure attraction market opportunity, particularly for premium-priced attractions in the market.

As Dubai has expanded its leisure and entertainment offerings, the leisure share of the overnight visitor market has increased.  In 2007, the leisure component was estimated at 68%; today, the estimate is closer to 80%.  Family visitors are also a growing segment of the overnight tourism market, accounting for nearly 60% by some recent estimates.  These recent trends are favorable towards the further development of family-focused attractions and entertainment that appeals to multiple age groups.

Dubai’s top five international source markets in 2012 were Saudi Arabia, India, United Kingdom, United States, and Russia.  While China accounted for only a quarter of a million visits, it is the fastest growing source market – from 2003 to 2012, reported visits from China grew at an average annual rate of 28%.

Dubai’s geographic proximity and quality entertainment offerings make it a popular destination among the regional Gulf Cooperation Council (GCC) countries, which, in addition to the UAE, include Bahrain, Kuwait, Oman, Qatar, and Saudi Arabia.  As a group, the GCC countries comprise the largest share of overnight visits to Dubai.  The influx of tourists from these countries is especially high during the religious holiday of Eid al-Fitr.

Growth in the overnight visitor market has been strong in recent years, with annual growth rates exceeding 9.0%.  This is due in part to the recovery from the global recession in 2009, but it is also an indication of Dubai’s increasing standing as a major tourist destination.  The strength of the market is evident in the performance of Dubai’s hotels, which, according to Ernst & Young’s Middle East Hotel Benchmark survey, achieved an average occupancy rate of 80% in 2013, despite a 6.4% increase in average daily rates and the addition of almost 2, 800 4-star and 5-star hotel rooms.

The Dubai attraction market is relatively young and in the midst of a strong growth stage.  All of the market’s leading commercial attractions have debuted within the past 15 years and attendance levels continue to increase.  Heavily influenced by the region’s hot desert climate, these attractions consist primarily of indoor, mall-based attractions and year-round outdoor water parks.

With the climate constraints and large number of shopping mall developments in the market, high quality mall-based attractions have been an important driver in the growth of the attraction market in Dubai.  Major examples include KidZania Dubai, Dubai Aquarium & Underwater Zoo, as well as two large-scale family entertainment centers: SEGA Republic and Magic Planet.  One of the most popular mall-based attractions in the region is Ski Dubai, an 85-meter-high ski mountain that was built inside the Mall of the Emirates and attracts over a million visitors per year.

Perhaps the most iconic of them all is the Burj Khalifa (see video below), currently the world’s tallest skyscraper at over 800 meters high.  The building is directly integrated into the Dubai Mall, and its observation deck received almost 1.9 million visitors in 2013.

The leading water parks in the market include Wild Wadi, Aquaventure, and Yas Waterworld. Wild Wadi opened in 1999 and was the first major water park and commercial attraction in the region.  It was followed 10 years later by Aquaventure, which is directly integrated with the Atlantis resort on Palm Jumeirah.

Yas Waterworld, which opened in January 2013 at a development cost of USD 250 million, is the latest major attraction in the market, and is located on Yas Island in Abu Dhabi.  Estimated annual attendance is in the range of 700, 000 to 900, 000 for both Wild Wadi and Yas Waterworld; Aquaventure, which benefits from resort use by Atlantis hotel guests in addition to non-resort visitors, achieves over a million in attendance per year.

Thus far, only one major theme park has been built in the region: Ferrari World on Yas Island.  Opened in 2010, it is promoted as the world’s largest indoor theme park with 85, 000 square meters under roof on a 50-hectare site.  The rides and environment are themed under the Ferrari motor sports brand, and includes Formula Rossa, the world’s fastest coaster.  Ferrari World attendance has been growing and is estimated at between 750, 000 and 900, 000, with a significant share coming from Dubai through tour operators, which play a large role in driving business to Yas Island.

Compared to other major attraction markets worldwide, headline admission pricing in the region is very strong.  The water parks in Dubai and Abu Dhabi are prime examples of this – Yas Waterworld and Wild Wadi both recently increased the headline cost of admission to USD 64 (AED 235) and USD 75 (AED 275), respectively; in comparison, Aquatica and Wet ‘n Wild, two of the most expensive destination water parks in Orlando and the United States, each charge a headline price of USD 56.

The near-to-mid-term outlook for the attraction market in Dubai is encouraging.  Several large-scale attraction projects have been announced for Dubai, including LEGOLAND Dubai, Dubai Adventure Studios, Bollywood Theme Park, and IMG Worlds of Adventure.  Additional large-scale attraction development is also expected on Yas Island, which has been designated as a key attraction hub for Abu Dhabi.  These projects will add to the inventory of high quality destination attractions in the market and further diversify the entertainment offerings for visitors.

Leisure tourism and attraction attendance continues to increase, and the Dubai government continues to advocate new development.  Dubai’s recent win of the bid to host World Expo 2020 will further catalyze infrastructure investment and increase media exposure.  The government expects Dubai to reach 20 million annual overnight visits by 2020, which could add an estimated 15, 000 hotel rooms to the pipeline.  In an effort to appeal to a broader set of tourism segments, the government has already begun offering financial incentives for the new construction of 3-star and 4-star hotels.

Growth expectations are strong and based on current activity, the Dubai market is well positioned at the vanguard of tourism and attractions development in the Middle East.

Entertainment + Culture Advisors (ECA) is an advisory firm focused on economic and market analysis for world-class destination entertainment developments.  The ECA team has completed several recent engagements in Dubai, including the market feasibility study for the announced LEGOLAND Dubai theme park.  ECA is headquartered in Los Angeles and has a regional office in Hong Kong.  For more information, please visit:  www.entertainmentandculture.com

Images from top and kind courtesy – 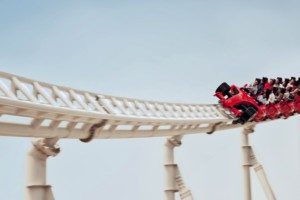