Legacy Entertainment, a leading theme park and resort design company, has won awards for three projects in Asia, including Macau Studio City and the Kingdom of Poseidon.

Legacy Entertainment is proud to announce several recent awards wins and honours for projects in Asia, thanks to some leading tourism authorities. These three new honours are in addition to two other awards received over the last 12 months.

Firstly, Macau Studio City, which was designed by Legacy for Melco Entertainment and opened on the Cotai Strip in 2015, received its third Forbes Travel Guide Five-Star Award in a row.

Forbes describes Macau Studio City as “a flashy, cinema-themed behemoth with just about any entertainment option you can think of — the luxurious Star Tower hotel, concert venues, a 4D Batman ride, exquisite shopping opportunities, some 30 restaurants, a white-sand beach and pool, a sprawling spa and, believe it or not, a whole lot more.” 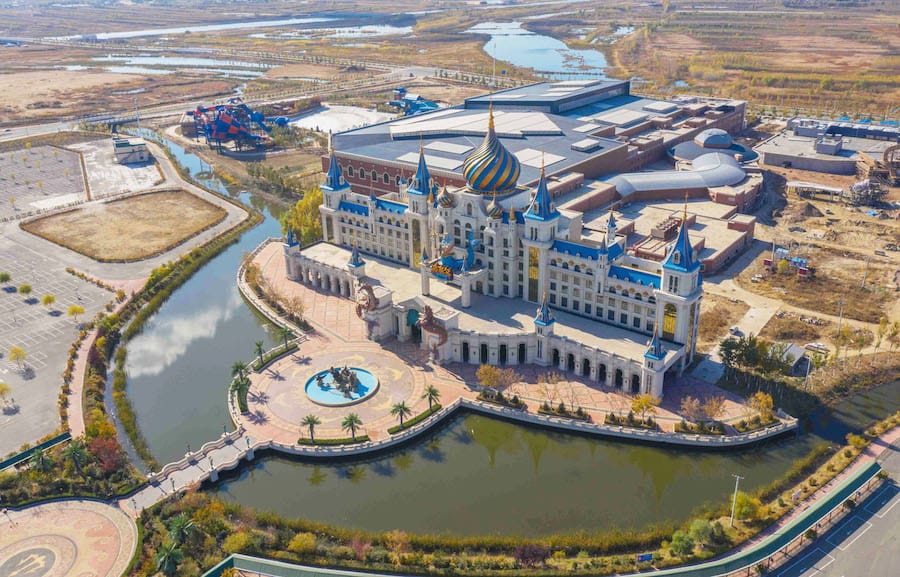 Two other projects designed by the company were recognised at The 11th Annual China Best Cultural Tourism Awards, organised by yoyo Network Company. The Kingdom of Poseidon, a 150,000 square metre integrated resort in Harbin, China, won the award for Best Indoor Theme Park.

This popular attraction opened in 2017 and features a signature indoor water park as well as retail and dining options, an outdoor waterpark area and an aquarium.

At the same ceremony, Legacy-designed Chimelong Forest Kingdom was named as Most Anticipated Theme Park. This is a huge project set to open later this decade in Qingyuan, China, featuring a theme park, animal sanctuary and 88-metre high giraffe castle, as well as four hotels.

Talking about the company’s recent honours, Marcus King, Chief Projects Officer and Legacy Entertainment Co-Owner says “Our entire team is thrilled at the sustained success of the projects we’ve been lucky enough to help bring to life.

“These awards and recognitions are testaments to the vision and leadership of our partners, as well as to their continued commitment to quality and safety above all else, often long after opening day has passed.”