During a press conference this week (July 24) at the site of the project, QIC CEO Mike Reininger and BIG’s Andreas Pedersen opened up about the project.

Reininger said (via Arab News): “Today we are 200 and we have to have 17,000 people in order to make Qiddiya come to life. There are 17,000 brand new job opportunities in areas and industries that Saudis haven’t had access to before.

“We recently opened a large-scale training development program that’s focused on building a Saudi-oriented workforce to take all of those jobs and give this place a Saudi face,” he added.

Reininger also said Qiddiya is “not going to incrementally open one thing and then wait and open another”.

“The expectations that have been built up around this project are so large and we don’t want to disappoint anybody by delivering something in the first phase that is not big enough to match the image they have about how it will be,” he said.

“We are working really hard to accomplish everything so that when we cut the ribbon on that grand opening day in 2023, most of what you see here will be available.”

He went on to confirm that the opening of the first phase will include “about five hotels of various kinds, sizes, and price points”.

At the press conference, media also heard that Saudi Arabia is in discussions with investors, both regional and global, for Qiddiya.

“The project will be built on a combination of our capital that is deployed alongside investment capital from many other sources,” Reininger said (via Bloomberg).

“We’re now engaging in these discussions with people who are coming to us and saying this seems interesting.”

In talks with global and regional investors 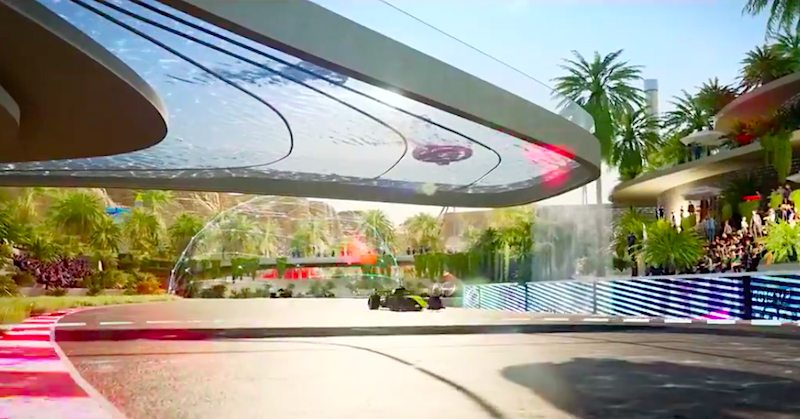 Reininger said QIC is considering joint ventures, land leasing and privatisation to fund Qiddiya, which will boast a Six Flags theme park, a water sports and entertainment attraction, and a motor sports facility.