The Holodeck platform has been selected to create the Roam & Ride attraction, which will soft open in September 2018.

Thomas Wagner, Co-Founder and Managing Partner of VR Coaster GmbH & Co. KG, said: “The Holodeck VR system, which can handle dozens of guests simultaneously, was the ideal extension to our patented approach of equipping ride attractions with VR.”

The two systems are a perfect match since they both use untethered mobile VR Headsets. Laptop-backpacks would not be an option on a rollercoaster.

Wagner added: “Our patent-pending ‘Roam & Ride’ setup not only immerses guests in an exciting VR pre-show, but also makes the coaster boarding operations much easier and more efficient.”

Together with MackMedia and EuropaCorp, the creative team behind VR Coaster have created the breathtaking VR world in the “VALERIAN AND THE CITY OF A THOUSAND PLANETS” universe. It sets a new standard in visual quality.

The ride achieves an enormous level of detail by blending pre-rendered footage with real-time 3D.

Guests and operators will appear as avatars in a free-roaming experience. Guests will then seamlessly board the thrilling VR ride of Eurosat Coastiality.

The Mack family have run Europa-Park for four decades. Over 5.6 million visitors flocked to Germany’s largest theme park last year, an all-time record. The Nordic-themed Rulantica resort extension is the biggest project in the park’s history. It will feature 25 attractions in eight themed areas.

MackMedia was founded by Michael Mack in 2002. It was established with the intention to visually document the history and future development of Europa-Park. Its portfolio has expanded since. The company spans from from media productions for a wide range of industries to offerings for the theme park industry, to Music, Games & App Publishing and IP, Brand and Licensing development. 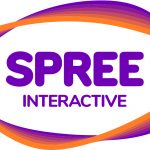