Reem Mall has released images and details of the world’s largest snow park. Snow Abu Dhabi is opening as part of the $1.2 billion Reem Mall project in 2020.

Blizzard’s Bazaar will greet visitors before they enter the attraction, at -2 degrees with a snow depth of 500mm, selling souvenirs and clothing for cold weather. 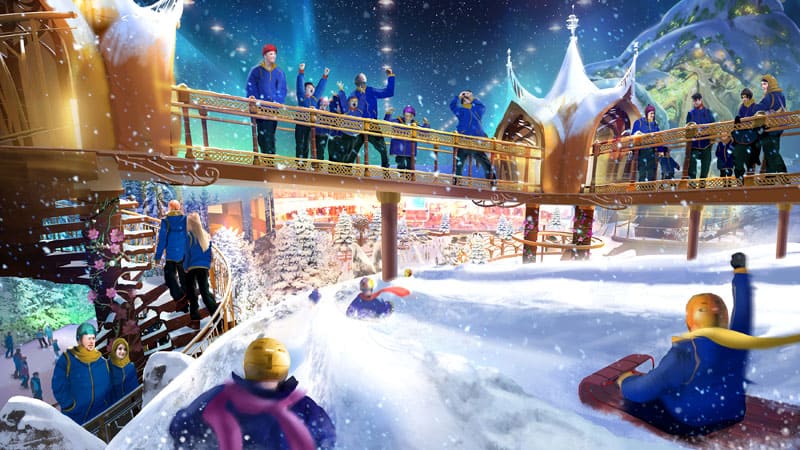 At the Snowflake Garden, a snow play activity area, there will be ice labyrinths, games and snowman building.

The Crystal Carousel zone will celebrate the animals of the park, while a climb up Flurries’ Mountain will lead to the attraction’s Enchanted Tree. 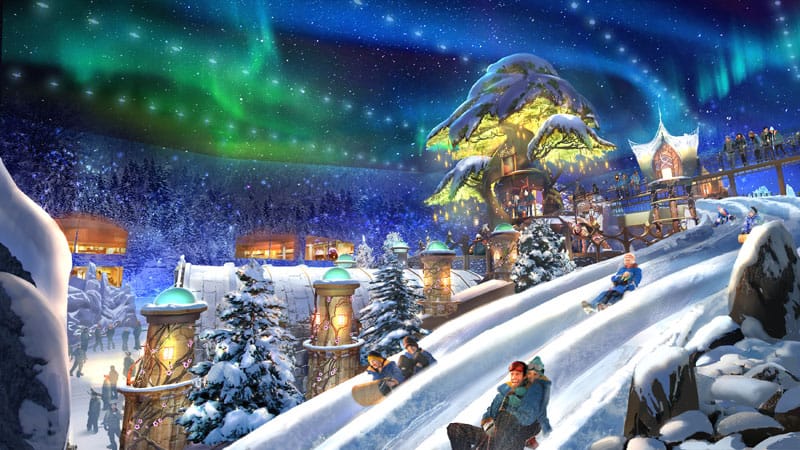 “The activities and environments will work together, allowing guests to make new discoveries and experience shared memories, while creating a destination to which they wish to return again and again. 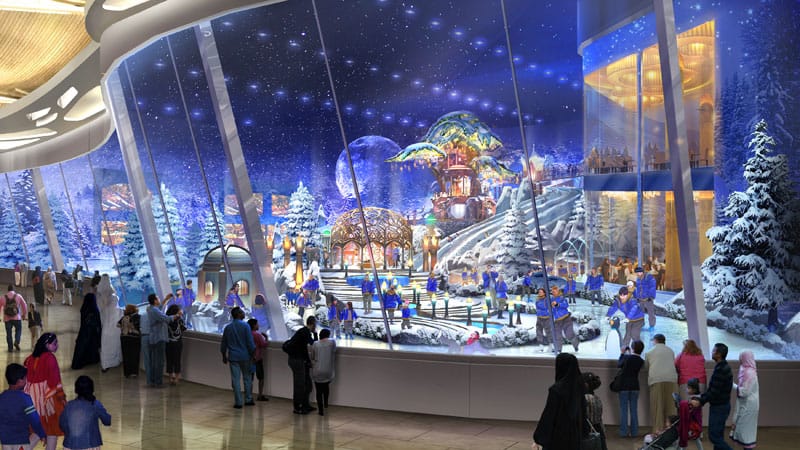 “The story behind Snow Park Abu Dhabi is the great differentiator from any other snow park in the world, and we look forward to revealing more details in due course.” 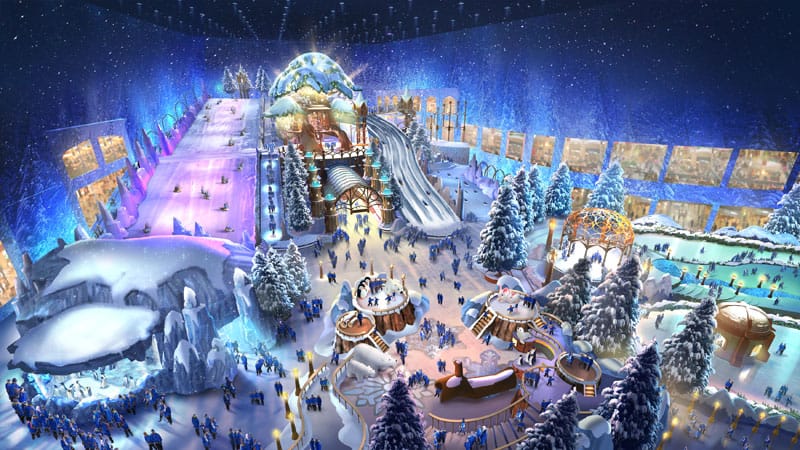 Snow Abu Dhabi is scheduled to open in late 2020, when construction on the Reem Mall project is completed.