Creator of high-tech destination attractions, The Producers Group (TPG), is set to announce an exclusive new themed entertainment project at the IAAPA Expo in Orlando.

The team will also be showcasing some of its most recent landmark projects.

Attractions completed by TPG over the past year include Dabangg Stunt Spectacular at Bollywood Park in Dubai, Cobra's Curse at Busch Gardens in Tampa, and the Step-Up Live Show at Motiongate Park for Dubai Parks and Resorts, among others.

Meet the TPG team at Booth #675 at the IAAPA Attractions Expo in Orlando, November 15-18. The company is once again a proud sponsor of the Asia Pacific Breakfast on Thursday, November 17th.

Click here to arrange a meeting with Founders/Co-CEOs Bob Chambers and/or Edward Marks. 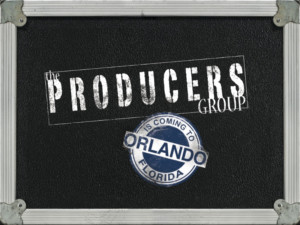