A look at the rise of the Experience Park. These are the richly themed, immersive attractions which are enriching the guest experience both physically and digitally.

Over the decades we have seen the business of amusement evolve from small fun fairs and carnivals into amusement parks. In the ’50s it developed again into the modern theme park. In the late 90’s a more niche concept developed from the theme park concept – the creation of small but highly themed, completely immersive attractions that could be called “Experience Parks”.

A famous example would be the Star Trek The Experience that operated in Las Vegas from 1998 to 2008. The attraction took guests into the living, breathing world of Star Trek via a transporter onto the Enterprise itself. Another fine example would be SeaWorld’s Discovery Cove, which opened in Orlando in 2000. Here guests pay a premium admission price. For this they get an unparalleled, all-inclusive tropical resort style experience full of cool clear waters, white sandy beaches and unique animal interactive experiences.

After a lull I think the Experience Park concept is back and is very much on the rise. One amazing new project is Evermore Park, currently under construction in Utah. It promises a role-playing experience like no other. There is also a chance to enter the magical world of “Kind Heaven“, set to open in late 2019 at The Linq Promenade in Las Vegas. The famous “Magic Castle” in California has licensed their IP for use at new “magic” themed attractions coming to China. 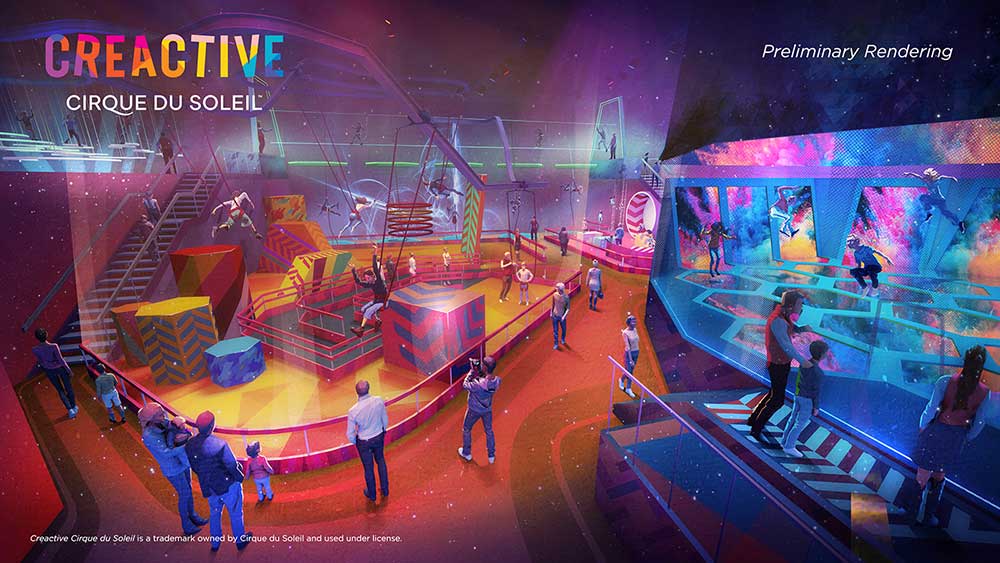 Six Flags is also pushing into new territory in China with the creation of an entirely new concept, the, Six Flags Adventure Park. This will offer a compact experience that offers guests more physical experiences. These will include whitewater rafting, climbing, zip lines and even motocross races. Also looking to capitalize on the physical experience concept is Cirque du Soleil. It will open its first “Creactive” FEC site in Vaughan, Toronto in 2019.

The Experience Park concept isn’t just for those looking for a more physical challenge. The rapidly expanding world’s being created by The VOID offer more of a digital challenge. While these started with the virtual experiences of Ghostbusters and Star Wars, we now see The VOID launching their own creepy IP world: Nicodemus: Demon of Evanishment. Other digital experiences are also quickly rolling out like Outbreak Origins (pictured) at Zero Latency locations, plus some unique pop-up locations in the LA area like the short-lived Alien Zoo concept or the current Alien: Descent experience.

A pioneer of the Experience Park concept, SeaWorld is also using its animal expertise to offer new interactive opportunities at its parks across the country. These include a newly announced Flamingo Encounter at Aquatica San Diego and new Sea Lion, Otter and Beluga Whale Encounters at SeaWorld San Diego.