Tucked in the mountains of Taiwan, west of Taichung, is Formosan Aboriginal Culture Village (FACV, 九族文化村). Hidden away in this remote location, it may well be the best theme park you’ve never heard of.

The drive up from the highway is typical, beautiful Taiwan. The road winds through tall trees and then spills into a parking area at the bottom of a seemingly endless hill. The experience starts with the European Gardens, a well-manicured lawn featuring a castle overlooking it. Just inside the park is an indoor area, sheltered from the weather, which is home to kiddie and family rides. They are fun, but many are off-the-shelf flat rides from Zamperla. At the back is a Vekoma MK-700 indoor coaster, Space Mountain (太空山). From here the park winds its way up the hillside. At the bottom are other traditional attractions such as an Intamin Gyro Drop called UFO Adventures and a Vekoma SLC, Mayan Adventure (馬雅探險). The former is the tallest of its type in Taiwan (85 meters), while the second is a standard SLC layout. When riding the attractions, you begin to understand the level of theming at the property. The Gyro Drop’s lifting rig is themed to a UFO as is the surrounding area. But the coaster is an entire experience. Guests walk through a themed queue and board in an ancient Mayan structure.

The lift showcases a large stone temple at the apex and the ride glides over lush, green vegetation. It speeds in and out of full-scale buildings and skirts over a waterfall. It is perfectly-executed theming with no movie IP, just a theme carried out throughout the attraction.

At FACV, the further you walk up the hillside, the newer the attraction. There is a traditional log flume as well as the newer Mack Super Splash “Caribbean Adventure”. This is beautifully-themed, complete with a wrecked ship and station reminiscent of Pirates of the Caribbean.

Meanwhile, next door lies the park’s crown jewel, Wild Raft Ride. It is a Hafema raft ride that encircles a Mack Interactive Round Boat Ride and a Zamperla Monorail. The experience is a wet one, which is fairly unusual for an Asian water ride.

It starts with a series of s-turns that lead into Hafema’s trademark, the whirlpool. The rafts gather speed as they circle the centre, which leads to a drop and splash. The second half of the ride is spent closer to the Zamperla and Mack attractions. The ride is fun, but one must look around in order to take it all in. The experience is based upon the Basilica de la Sagrada Família, the Gaudi church in Barcelona, Spain. Riders board through the church itself, which is the size of a small cathedral. The big difference is that instead of pews there is a conveyor system for the raft ride.

Much like the Spanish church, those following this project wondered if it would ever be finished. Paul Sommers, CEO at Hafema, says, “The project started in 2012 with the design phase. Installation was done from 2017-2018 and commissioning in 2019.

“The public opening was in spring, 2019. The long project schedule was due to construction permits, and the combined construction of raft ride, monorail, the boat ride and the theming.” 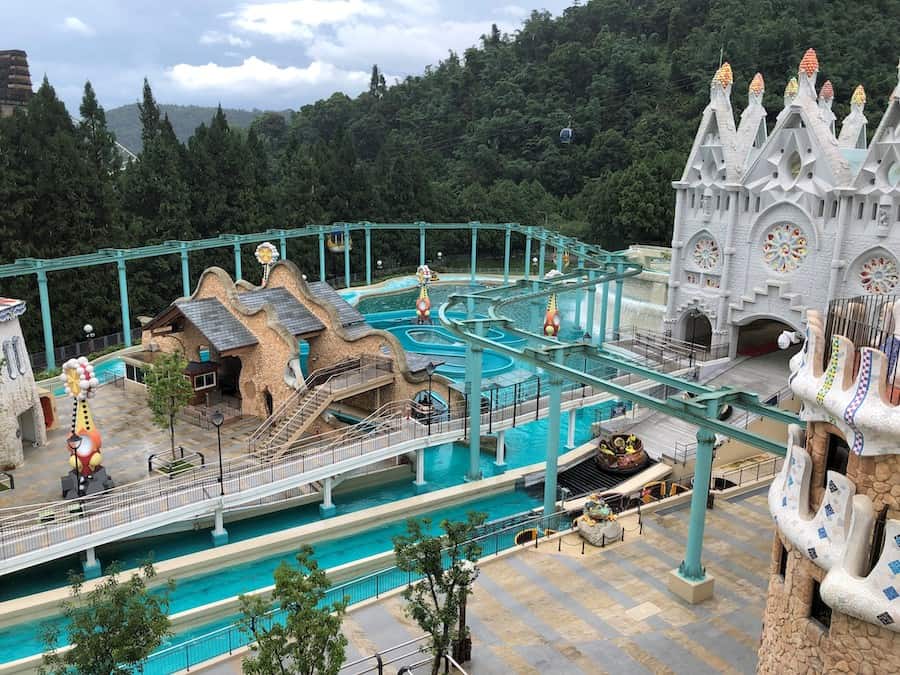 The final church is full of detail. Circular stained glass windows similar to the original structure adorn the exterior and provide light to the loading station. Instead of a roof, there is a steel-trussed skylight that lets immense amounts of natural light in.

Sommer said that they were amazed when the park showed the first renderings to Hafema, “We were really impressed to see the construction of a Spanish Cathedral in Taiwan.”

Further up the hill park-goers can experience a sprawling walk-through village. This is where visitors see the life of Taiwan’s aboriginal people. These were the majority until Han Chinese started moving to the island around 400 years ago from the mainland.

While most Taiwanese live in three major cities along the western coast of the island, the aboriginal inhabitants lived in the mountains of Taiwan. The founders of the park wanted these people’s history preserved.

Today, visitors to FACV can see how villagers made their daily lives for thousands of years. There are several clusters that demonstrate the lifestyles of many different tribes from the island.

Much like the rest of the park, the village was created at an extremely detailed level. The houses are made of hand-split logs and show scenes of daily life as well as beautiful artefacts. Walking into the structures, visitors breathe in and smell the wood, some of which is hundreds of years old.

An out of the way gem FACV features two cableways. One runs the length of the hill within the park, while the other runs out to Sun Moon Lake, which has beautiful views and is the largest body of water in Taiwan.

The first ropeway up the hillside spans 896 meters and opened in 2001. The newer installation over to Sun Moon Lake opened eight years later and covers a distance of 1,925 meters.

Formosan Aboriginal Culture Village is truly a one-of-a-kind park made great by its intangibles. A beautiful location, intricate theming and one of Taiwan’s best collections of attractions make it an out of the way gem that is worth the effort to get to.

On paper, the park should not work. Heavily-themed attractions, two multi-million dollar cable cars and a historical complex seem like an odd marriage. But the overall these disparate parts to combine for a wonderful day at a theme park and one of the most unique attractions I’ve visited. 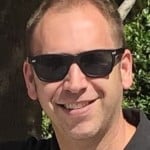