IAAPA week is one of the craziest times of the year for the attractions industry. In addition to being a busy time, there is news coming from all corners of the convention center. Creating a media event can be a daunting task because there are over nine miles of show floor and media events every half hour. All of this means that it can be difficult for a press event to stand out. But, if you craft your event in a memorable way it can have a lasting impact, whether you are a park or manufacturer.

John Wood, Chairman and CEO of Sally Corp., has been attending the IAAPA Expo since 1978 and believes that the press events there have played a huge part in helping his product get exposure. One of their most notable press events was in 2014 when the company introduced the Joker animatronic as part of Six Flags’ Justice League attraction.

He said that year was, “very newsworthy; it was a bold new attraction featuring some of the most iconic comic characters in the world with one of the strongest amusement park chains ‘ Six Flags. It turned out to be great PR for Six Flags, DC Comics, Warner Bros. and Sally Corporation because it was a game changer for the theme park chain and for the industry as a whole. “Over the years, the press has discovered that IAAPA is newsworthy and the amusement park industry touches the majority of their readers. The press will always feature coming attractions and new technologies and IAAPA has a reputation of delivering them both!”

Pete Owens, Director of Media and Public Relations at Dollywood, said the IAAPA Expo has been very important for sharing the park’s message about new projects. In 2013 and 2015 the park unveiled the lead cars from their new roller coasters. “The media likes new, innovative things. Both [the Lightning Rod and FireChaser Express, below] projects did things never done before in the US. Both rides also had excellent storylines that fit the park and the rides themselves.”

Having the ride vehicle on site to show media, and having an “unveiling” if possible, helps to make the event memorable. From Owens’ perspective, “certainly the vehicle unveils helped our pre-season PR efforts. Every industry and enthusiast media is on the floor and when that is coupled with traditional consumer media the story is amplified,” he noted. Hosting a media event on the floor is certainly something that can create talking points for parks of all sizes. In 2014 ZDT’s hosted a media event with the Gravity Group in order to debut a ride vehicle from their roller coaster, The Switchback. Danny Donhauser, one of the owner of ZDT’s, said that their event with Gravity Group was huge for the park, “It captured the attention of coaster media outlets that spread the word very quickly and enthusiastically, which in turn helped lay the foundation for further marketing.” In 2013 Gerstlauer Amusement Rides showcased a vehicle from their upcoming roller coaster, FireChaser Express in conjunction with Dollywood. They felt it helped their company stand out in a way other events had not. Managing Director Siegfried Gerstlauer said, “We had a fun vehicle, but what made it really successful was the engagement of the Dollywood team. They have an experienced public relations team and they created a story that went hand-in-hand with the ride vehicle. If it had just been us showcasing the car I do not believe it would have been picked up as well by media outlets.”

Owens felt debut went great for the park. “The Fire Chaser unveiling was very memorable. The media and our peers in the industry packed the Gerstlauer booth. We used a smoke machine to fill the red cloth that covered the ride vehicle and when it was unveiled the smoke billowed from the vehicle,” he noted.

Unless presenters have a public relations background, getting up and speaking about a ride in detail is something your team members may not be familiar with. From a small park perspective Donhauser said there are a few things park management can do when they meet with media for the first time. First, “do your research to enable you to better anticipate who may want to speak with you. Also, be mentally prepared to answer questions from many media outlets directly following the announcement and in the following days. 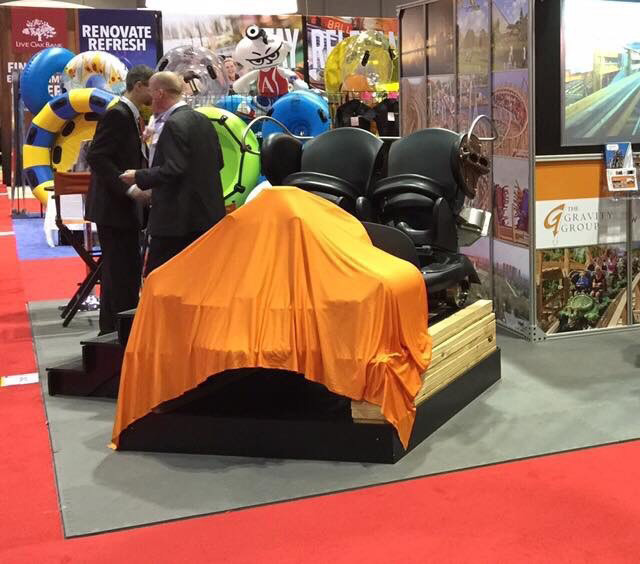 Wood felt there are three things which he feels are critical to making the media event successful:

“1. Do your pre-show homework. By that I mean work with the IAAPA staff to ensure that the event gets proper positioning and public notification.

2. Send out invitations to the event in advance of the show and make sure they are memorable and special.

3. Be prepared with ample copies of press releases and press materials to support the event.” 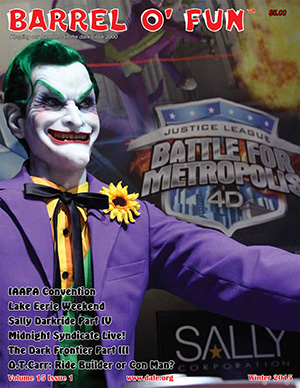 Owens was more practical, saying that parks and manufacturers need to cover some of the obvious bases. “Be sure you have a sound system so the folks on the floor can hear you. It is so loud, without it, you will not be able to be heard. Second, remember you are telling stories and you need to have story tellers there to convey that story.”

Having a great combination of personalities that can share why your new ride will be different and collateral are important. They not only make you stand out, but collateral allows those in attendance to take your story home them. In an age of easily transferable media pictures and movies can easily be loaded onto a USB stick so reporters can share them with the world when the time is right.

Good luck with your event! I hope to see you on the show floor in Orlando!