I recently wrote a blog about EE charging extra to skip the call centre wait line. Well it occurred to me that the blog could be seen as a bit negative, you know, criticising parks providing poorer service for those who don’t choose to buy express tickets.

I’d like to redress that by suggesting something positive that would both help the standard visitors to get a bit of value back and at the same time address a problem that seems endemic to UK theme parks.

This idea occurred to me when I was visiting Tibidabo Park near Barcelona last week with the fine folks from the TEA. Tibidabo is an historic place, some say the second 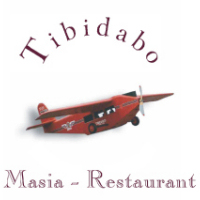 oldest amusement park in Europe, in fact the introductory film in the park says it, but I can think of several European parks who might disagree. It’s owned by the City Council and like a lot of council owned attractions it needs a bit of care and attention.

But the lunch was really good. The food was delicious and nicely presented; the restaurant was well looked after and had great views; ok, the staff could have been a little more attentive, but overall it was a very good quality experience for an amusement park.

Looking around European parks, nearly everyone has a good quality waiter service restaurant. Some, such as de Efteling, Europa Park and Port Aventura have several. In fact the only ones that don’t all seem to be in the UK; that’s maybe a historic thing, the British used to care less about food than they do now.

So here’s the idea. Give a reasonable discount to the waiter service restaurants to the fast pass holders between say, midday and 3pm. They are likely to take advantage of the offer, after all they have already shown that they don’t mind spending money, and the other thing they have lots of is time because they don’t have to queue.

Then for three hours a good proportion of them can take advantage of the offer, leaving the rides freer for standard riders, as well as increasing occupancy in the high end restaurants. That’s a big advantage for European parks outside the UK, but UK parks would have an additional benefit, since just maybe they could make a success of in-park fine dining at last.