A new $7m pre-show at Cave of the Winds is one of a series of new public and privately funded attractions coming to Niagara Falls.

The pre-show facility has a number of displays and a film screen room where a video highlights the history of Niagara Falls, a valuable source of hydroelectric power.

The ceremonial opening of the centre on 30 October drew attention to the scenic location’s importance – from its early beginnings to the day when architect Frederick Law Olmstead voiced concerns over the river’s waning flow, and founded the Free Niagara movement.

The movement believed that the natural beauty of the Falls needed protection from commercial interests and exploitation, and remain free to the public.

“It’s always, in the past, driven me crazy that so many visitors from around the world come here, they look at the beauty of Niagara Falls and they leave without knowing this story of great global significance,” Niagara Falls mayor Paul Dyster said in a WBFO report.

Lieutenant Governor Kathy Hochul was also at the opening ceremony. “There’s an interactive program that unfolds the natural and cultural history of the falls, called ‘Drawn to the Edge,’ that describes the path from natural power to electric power and how the early innovators made that journey,” Hochul said.

“In ‘The World Changed Here‘ exhibit, visitors will see a film about how the falls inspired geniuses like Olmsted and (Nikola) Tesla.”

Cave of the Winds included in state investment

An exciting third element is called ‘Prepare for Power,’ where guests descend into the gorge and the Cave of the Winds. When the decks are closed in the off-season period, this area becomes a multi-purpose room offering stunning views of the Niagara Falls.

Other recent completed projects at Cave of the Winds include a new pedestrian area, with improved dining areas.

Hochul said the Cuomo Administration was aware of the important economic impact that  tourism can bring to the area.

“The State of New York has realized that this is a $103 billion business statewide, with a $3 billion impact here in Western New York, much of it driven by this mighty Niagara Falls,” she said. 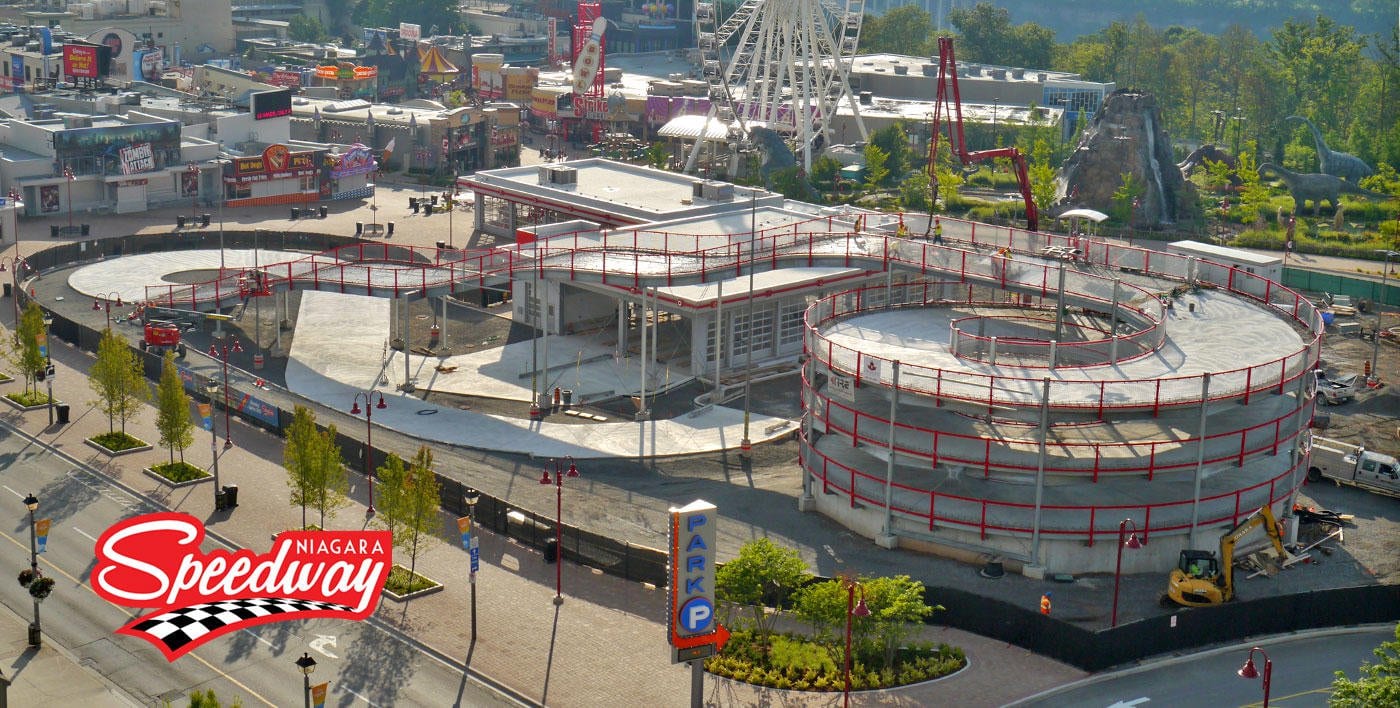 Developments at Niagara Falls are not confined to the state park.  A themed waterpark and hotel complex and a Mario Kart style racetrack are also planned.

American Niagara Hospitality plans to build a $20 million Daredevil water park at Niagara.  NFNY Hotel Management, LLC, the company behind the project, was recently granted a 12-year tax break by the Niagara County Industrial Development Agency.  In addition to the themed water park, the development will include a $50 million, 200 room hotel in downtown Niagara Falls.

Construction is underway on the Niagara Speedway set for completion in Spring 2018.  The multi-storey, spiralling, Mario Kart-like race track at Clifton Hill will be North America’s largest elevated go-kart track, and the first of its kind in Canada.