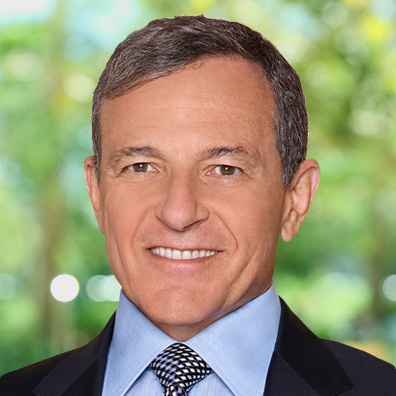 Disney bought LucasFilm in 2012 for $4 billion. In addition to films and TV series, the two Star Wars: Galaxy’s Edge theme park lands have cost an estimated $1 billion each.

Star Wars: Galaxy’s Edge is set to take theming and attractions technology to a new level as Disney tries to live up to the fans’ vision of a galaxy far, far away.

We have a diversity of characters and franchises and stories. I don’t think we are reliant too heavily on any one of them. We just like them all.

In an interview with CNBC, Iger was asked about whether he felt Disney was over-reliant on the Star Wars IP:

“If you look at the profile of the company and collection of assets, we’re still basking in the glory of ‘Avenger: Endgame,’ a Marvel property.

“There’s so much going on in the company that people are interested in.

“Yes, we have a lot riding on ‘Star Wars,’ but we have a diversity of characters and franchises and stories. I don’t think we are reliant too heavily on any one of them. We just like them all.”

Disney’s approach to the Star Wars IP is holistic.  Iger went on to say that he doesn’t “think of Star Wars as any one thing.” The IP crosses film, TV, theme parks and merchandise. The hope must be that experiencing he IP in any one channel will drive interest in another for consumers.

He teased that there are elements in the theme park lands that will also be in the new Mandalorian TV series.

Star Wars: Galaxy’s Edge opens to the public at Disneyland in California on 31 May, and at Disney’s Hollywood Studios in Florida on 29 August.

The themed lands will take visitors deep into the Star Wars backstory., with themed food and drink and merchandise on offer at the various retail outlets. Guests at Galaxy’s Edge will engage in a range of interactive experiences in a fully themed immersive land. Highlights will include a variety of starships from the Star Wars world and two major attractions – the Millennium Falcon: Smuggler’s Run and Rise of the Resistance.