Monster Hunt, which hit the big screen in 2015 has been a colossal success. It opened to $27.5 million on a Thursday, setting a single-day record. It ultimately grossed $382 million, another all-time high at that time for the blossoming China market.

Hui and Kong are now planning a four-film series, with a potential animated spinoff. The aim is to turn Monster Hunt into China’s first full-fledged franchise. Tent pole movies will provide the backbone for a series of sub-licensing agreements, merchandising deals and theme park attractions.

This would be a landmark first for China.

Kong and Hui are currently working on Monster Hunt 2 which is set to release in February next year.

When Monster Hunt was released, the company did not take advantage of potential licensing.  This meant they missed out on a lot of ancillary revenue.

“We didn’t even register all of the IP,” Kong told The Hollywood Reporter. “I would estimate that we lost out on a few million dollars in potential merchandising rights sales.”

However he believes that what they lost in merchandising they gained in box office. 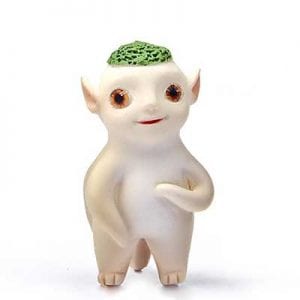 “Because all of those pirates making illegal Monster Hunt goods were promoting the movie for us,” he continues. “There were hundreds and hundreds of Wuba (the baby monster hero of the film) products and who knows how much all of those products boosted us at the box office — they were everywhere in mainland China. Realistically, at that time, no legitimate licensing partner would have given us that level of saturation. Not even close.”

However, this time, they are taking a different approach. The team are working with Alibaba on merchandising and have a deal with the biggest shopping mall in China.

In addition Lionsgate, which is bringing the film to the US, is also keen to create a Monster Hunt attraction to the Middle East.

Hui says the Monster Hunt story is already planned out through to the fourth film, after which they will asses what the market demands.  An animated version may be an option to extend the life of the series.