Pamela Kaufman has been appointed to the role of President, Viacom/Nickelodeon Global Consumer Products. She will have overall responsibility for global licensing and merchandising. 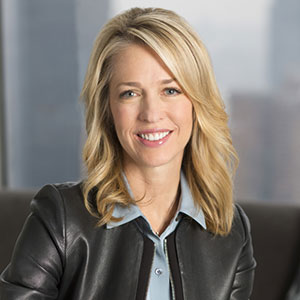 The new role has been created to boost Viacom’s extensive brand and franchise portfolio.

Kaufman is not new to the company. She previously served as President of Consumer Products and Chief Marketing Officer, in charge of the company’s vast global consumer products business.

Kaufman has been instrumental in creating longevity for many of the company’s most iconic franchises. Cartoon series such as Teenage Mutant Ninja Turtles, SpongeBob SquarePants, and PAW Patrol are a few of her successes.

She has significant expertise at brand-building, creating partnerships and promoting consumer products across diverse retail markets.

An immersive new attraction themed on the Paw Patrol children’s cartoon was recently announced to be coming to Nickelodeon Universe at the Mall of America in Minnesota in summer 2018.

“Expanding and diversifying our consumer products businesses around the world is a key strategic initiative that will help drive Viacom’s future growth,” says Bob Bakish, President and CEO of Viacom. “The exceptional leadership and vision Pam has demonstrated at Nickelodeon make her a natural fit for this exciting new position. Her appointment will accelerate our efforts in building this important global business.”

Kaufman’s portfolio will also include MTV’s Jersey Shore: Family Vacation and Comedy Central’s South Park. She will also be responsible for legendary movie phenomena such as Paramount Pictures’ epic The Godfather and beloved musical Grease.

She will report directly to Cyma Zarghami, President of Nickelodeon, and David Lynn, President and CEO of Viacom International Media Networks.

Kaufman has been the recipient of a number of awards including Advertising Age’s Entertainment Marketer of the Year and she has also been Brandweek’s Grand Marketer of the Year. She hit License Global’s list of Influentials, and was also lauded in Multichannel News’ roster of Wonder Women.

Kaufman is a committed advocate for women and families. She serves on the board of Bottomless Closet, a not-for-profit that helps women prepare for success in the work place. She is also part of the Pace Women’s Justice Center.