A small town in Iceland has become the natural home of the world’s first Eurovision Museum, thanks to a Netflix movie and the near-universal Icelandic love of the Eurovision Song Contest.

On Thursday 25 June 2020, it’s fair to say that not too many people outside of Iceland would have heard of Húsavík. The next day, all of that changed. This small Icelandic harbour town with a population of less than 2,500 became the star (alongside Will Ferrell and Rachel McAdams) of Netflix’s hit film release Eurovision Song Contest: The Story of Fire Saga.

The movie changed everything for the residents of Húsavík. Tourism was already one of the bigger industries for the town, which boasts impressive opportunities for whale watching, an Exploration Museum and a nearby national park. However, in the months following the release, there was a notable increase in visitors to the town, despite still being in the middle of a global pandemic.

Founder and Director of the Exploration Museum, Örlygur Örlygsson, saw an unprecedented opportunity:

“In the days following the film’s release, I and the team behind the Exploration Museum started to look at ways to use this incredible opportunity to revitalise the town and its tourism after the huge setback caused by the COVID-19 pandemic.”

Plus, a planned move for the Exploration Museum meant that there was a free museum building for the next few years. What better topic to explore than the subject of the movie that put Húsavík on the map? Örlygsson decided that a new Eurovision exhibition, initially planned for three years, would be the perfect project for the town.

Yet more attention came in early 2021 when it was revealed Eurovision Song Contest: The Story of Fire Saga had received an Oscar nomination for Best Original Song.

Will Ferrell penned comedies rarely receive a nod from the Academy, but the music of Fire Saga stood out. The songwriting team for the movie featured big musical names like Savan Kotecha and Rickard Göransson, and the climactic ballad Húsavík (My Hometown) was an instant hit with viewers and critics alike. A spirited home-grown campaign to bag the Oscar followed.

On the night, a live performance by singer Molly Sandén was broadcast from Húsavík as part of the ceremony.

Sadly, the Oscar didn’t go to Húsavík on the night. But now that the town had been showcased for the world, momentum for the Eurovision Museum was rising. And it was only fitting that it should be Eurovision stoking the engine.

Iceland, the Eurovision Song Contest and a new museum

Iceland has long been an enthusiastic participant in Eurovision. Since they first entered the contest in 1986, the country has only missed two contests. They have yet to win, although they have come second twice. In fact, Iceland is the second most successful country never to win, behind only Malta.

For many Icelanders, the absence of a victory to date is probably made worse by how close they came in 2020. The Icelandic entry for the cancelled contest was the hugely popular Daði og Gagamagnið, whose hit Think About Things was a viral sensation in the locked-down summer of last year.

If the Contest had gone ahead, it was widely agreed Daði would have finally taken the trophy home to Iceland.

Daði og Gagamagnið returned for Eurovision 2021 with the catchy 10 Years. Sadly, however, the group were not able to perform live at this year’s contest following a positive COVID-19 test. They still managed a respectable 4th place. Public support was huge, but it wasn’t the victory many felt the group deserved.

Despite this, the Eurovision Song Contest remains hugely popular in Iceland. It has been broadcast live since 1983 by Icelandic broadcaster RÚV and continually attracts large audiences. National viewership of the contest in 2021 was in fact 99.9% of the television watching population.

In addition to broadcasting the main contest, Iceland holds a popular national contest, Söngvakneppnin, in which the representative act is chosen.

Söngvakneppnin is in itself a hugely popular event. It’s been running since Iceland’s Eurovision debut in 1986 and regularly reaches a viewership of over 70%. In 2020, 180,000 Icelanders watched Daði og Gagamagnið romp to victory in the Söngvakneppnin.

So, having established that Húsavík is indeed the perfect place for a Eurovision museum, what will it have to offer visitors when it opens in mid-July this year?

“We want visitors to experience the joy of Eurovision,” Örlygsson says. “We want it to be an experience that immerses you in that feeling, no matter what country you’re from or how much of a fan you are. There will be something for everybody.”

The experience will have three parts; separate but linked exhibition areas that tell the story of Eurovision as well as linking the museum to Húsavík itself.

The first exhibit will be devoted to the Söngvakneppnin. This is uniquely Icelandic, but a favourite fixture on the Eurovision calendar for fans globally. The second section will pay homage to the movie that focussed attention on Húsavík in the first place: Eurovision Song Contest: The Story of Fire Saga.

The third and largest section will focus on the Contest itself. This will tell the continental story of Eurovision and its participant countries through the years.

Museum will tell the Eurovision story

Örlygsson’s team are developing partnerships across the world to help bring the story of Eurovision to Húsavík. They are collaborating with RÚV, Iceland’s European Broadcasting Union (EBU) member broadcaster, as well as speaking to other national broadcasters across Europe.

They are also working closely with the EBU, speaking to former winners and contestants, checking in with international fans. And, of course, they are meeting with linked museums such as the ABBA Museum in Stockholm.

The exhibition team intend to tell the story of Eurovision through iconic objects and insightful interpretation. But it’s not just about the Contest itself. Eurovision is a lens that allows us to view European society, politics and culture over the last 6 decades.

Through it, we can trace changing fashions, the growing acceptance of LGBT+ communities, feminism, environmentalism and international relations.

“Eurovision is apolitical, but the countries taking part are not,” Örlygsson explains. “The Contest is a celebration of music, but in the background, many other things are going on.”

This background brings depth to the Eurovision Museum’s Exhibition content. When the displays talk about “iconic moments”, it’s not just about Bucks Fizz ripping their skirts off. There are real serious moments of import at Eurovision; moments that mean something.

Take Nicole’s entry for Germany in 1982. Her song Ein Bisschen Frieden (A Little Peace) bagged her first place, earning 12 points from several countries. But for Nicole, the most important of those douze points came from Israel. The significance was huge, as she later remembered:

“A German girl with a song about peace gets twelve points from Israel… and we know our history.”

In other moments, Eurovision’s role is even more explicit. One of the exhibition’s newly acquired objects, a poster from Portugal, celebrates the Carnation Revolution of 1974. This civil resistance campaign began with an armed forces coup on the night of 25 April; still a Portuguese national holiday to this day.

The coup had two secret signals to begin. Unbelievable as it may be, one of them was the broadcast of E Depois do Adeus, the Portuguese entry at the 1974 Eurovision Song Contest.

Eurovision history is littered with these stories, from the superficial to the serious. Sifting through the drama to pick out the themes for the Húsavík Eurovision Exhibition is an intimidating task for Örlygsson’s team. But it’s the depth and breadth of this history that makes Eurovision such a compelling subject, and indeed, such a tantalising topic for the Húsavík museum.

Find out more about the Húsavík Eurovision Museum, and contribute to the crowd founder here. Header image, Will Ferrell and Rachel McAdams as Fire Saga. Photo courtesy of Gary Sanchez Productions 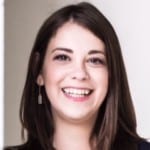