The Ford Motor Co. and UAW-Ford have committed $6 million to help fund a large expansion to the popular museum in Detroit, Michigan – the Motown Museum.

The campaign to expand the museum was announced in mid-October 2016.  This grant makes the Dearborn-based union and manufacturer the prime donor to date.  The project will cost $50 million in total.  The exact breakdown of each organisation’s contribution has not been announced.

The plan is to grow the Motown Museum into a world-class tourist destination of 50,000 square feet.  The centrepiece will be a state-of-the-art performance theatre.  In recognition of the contribution by Ford this will be named The Ford Motor Company Theater.

The plans also include dynamic interactive exhibits, an expanded retail area and meeting spaces, plus a café.  Educational, music and other programming will be tied to Ford’s student and community outreach initiatives.  In addition the CARaoke Experience will be an interactive Ford-branded activity, incorporating Motown music with Ford vehicles. 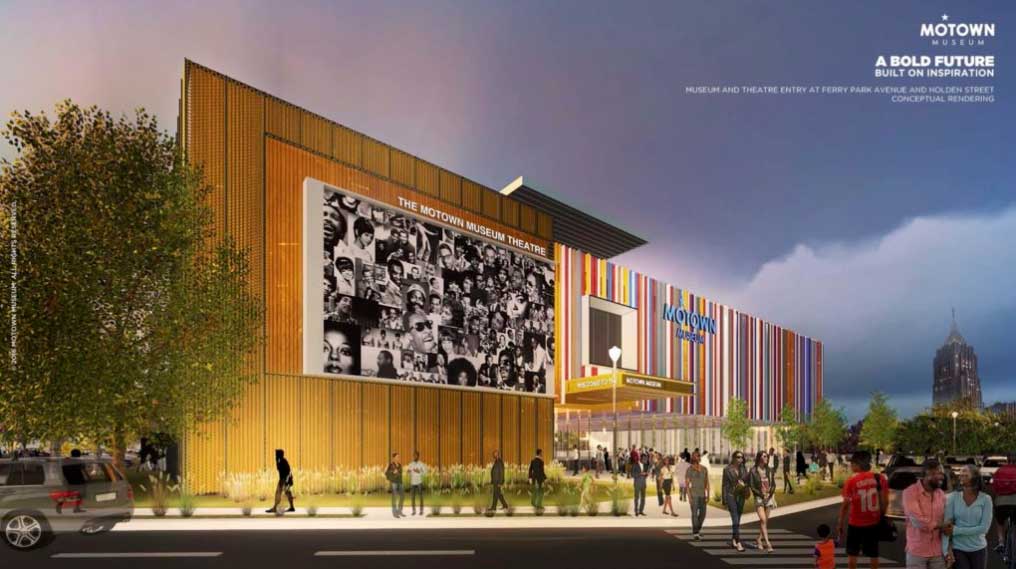 “Our goal is to bring an expanded Motown Museum to the world,” said Robin R Terry, Chairwoman and CEO of Motown Museum.  Although the timeline for the expansion depends on how fundraising progresses, Terry said the museum wants it “to happen quickly”.

Motown Records was established in 1959.  It fostered the talent of greats such as Diana Ross, Michael Jackson, Gladys Knight, Stevie Wonder, Marvin Gaye and Lionel Richie.  The record company has produced more than 180 Number One songs and its influence is still reverberating today.

The Motown Museum was founded in 1985 by Esther Gordy Edwards.  It is located on West Grand Boulevard and is home to a vast array of Motown photographs, artefacts and memorabilia.  The museum’s mission is to preserve the legacy of the record company and to educate and motivate guests.

Visitors come from across the world to stand in the legendary Studio A where some of the greatest music in the world was recorded.  The museum is one of Southeast Michigan’s most popular destinations.

To coin the words of Marvin Gaye’s great song:  You heard it through the grapevine!

Images courtesy of the Motown Museum.