Two Global-class ships are joining the Dream Cruises fleet from early 2021, with the company then able to position ships in locations such as Australia, New Zealand, and Alaska.

A third ship, which underwent a $56 million transformation, recently joined the fleet as Explorer Dream and will home port in Tianjin from July 1, then Sydney and Auckland from October 2019. Elsewhere, Fox has made a counter claim against Genting Malaysia Bhd, but analysts believe that this will not prevent Genting from opening a theme park at Resorts World in Malaysia. 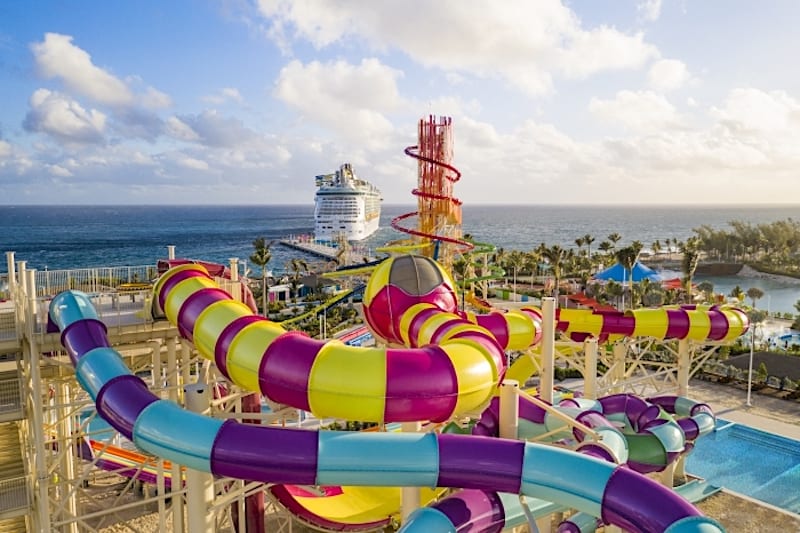 Royal Caribbean International recently opened a $250 million private island with its own water park in The Bahamas.

Perfect Day at CocoCay is the first in the cruise line’s new Perfect Day Island Collection of next-level private destinations around the world.

It’s exclusive to guests of Royal Caribbean, who can visit the private island by sailing on 11 of the global cruise line’s ships.