The Park Playground, a unique VR franchise, has recently opened its latest location in The Hague, The Netherlands. As part of the opening celebrations, the venue gave away 200 free tickets during the opening weekend, welcoming the local community to discover the new destination.

Operating since 2018, The Park Playground offers high-quality free-roam virtual reality experiences. Five different VR experiences can be booked that are ideal for playing with friends, family or colleagues and are accessible for all ages. The site is also suitable for groups, such as parties and corporate events.

The Hague location uses some of the sharpest VR headsets on the market, so players will barely notice the difference between the real world and virtual reality. Players can interact in teams, without cables, in a space of 100 square metres.

The startup, which is only three years old, has already secured major partners such as Kinepolis, Vodafone, and SnowWorld.

Guests can enjoy The Park Playground’s technology in a number of different experiences, such as “Nanoclash”, which brings 16 players from different cities together live in their own competitive shooter game.

Other company innovations include the release of an immersive cinema film, Dance of the Pharaoh, and The Park was also the first party in the world to co-launch its immersive experience with a new TV series, The Heist.

Philippe De Schutter, The Park Playground CEO says: “After a long period of restrictions, people can finally go out again and we want to give them the pleasure they have longed for. The Park has been offering the best virtual reality experiences to discover together for some time now, and we are proud that this is now also possible in The Hague.”

The company currently have locations in The Netherlands, Belgium and Switzerland. Within the EU The Park Playground will focus on opening locations utilising its own management, combined with a franchise location roll-out in larger cities.

The company is looking to expand outside the EU market with franchise partners with whom it can achieve a rapid rollout of turn-key locations. US & APAC markets are the main focus.

The company will be present at IAAPA Expo in Orlando between 15 – 19 November to meet with prospective future partners. Attendees can pre-book a meeting or find out more information about the turn-key franchise concept on The Park Playground website.

CEO De Schutter recently spoke to blooloop about the company’s expansion, market growth and his plans to create a global VR brand with The Park Playground.

Adam is Marketing Manager and looks after blooloop’s communications. He studied Marketing and Advertising Management at Leeds Beckett University. An adrenaline junkie, you can usually find him appreciating architecture design, or relaxing at a theme park. 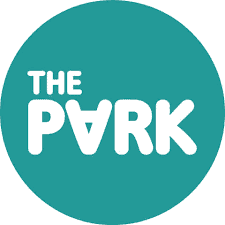