Disney Enterprises has submitted a patent called Augmented Reality Interactive Experience. The system it describes involves a networked application.  This would run on head-mounted displays and computers, connecting to peripherals (which would transit and detect infrared light).  It would also connect to what is described as an ‘AR venue’.

The term ‘AR venue’ – describing where the experience would take place – has led to speculation that the patent could apply to an amusement park attraction.  One clear supposition is that AR games could be played at Disney’s Star Wars Galaxy’s Edge parks, due to open in 2019.

However, the inventors’ backgrounds also hint at a strong at-home AR experience suggests Next Reality. 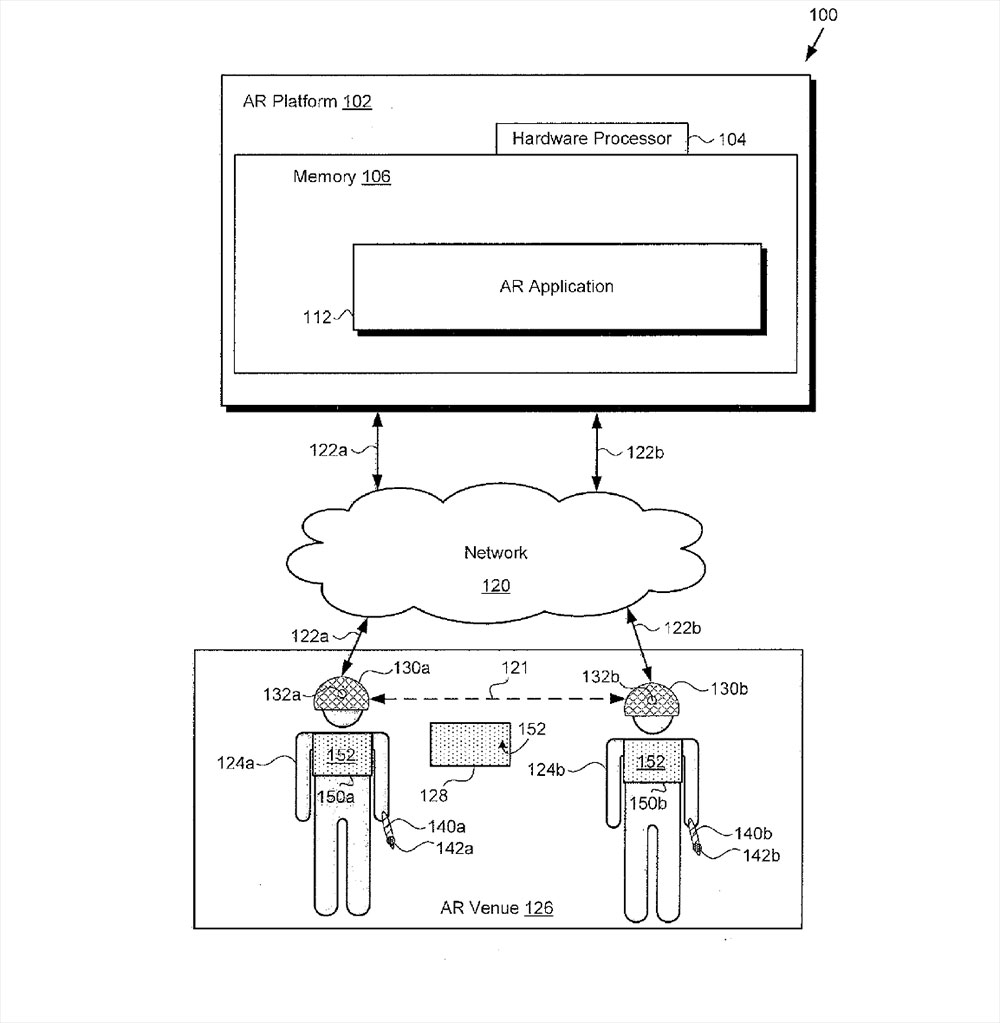 The inventors listed on the patent are Nathan Nocon and Katherine M Bassett. Nocon is senior manager of hardware engineering for The Walt Disney Company while Bassett holds the post of research and development manager at Disney Consumer Products.

The patent indicates that players would carry weapons (swords, sabres or blasters) with infrared emitters.  Light-detecting cameras would be embedded into either a headset or another wearable component.  Reflected light would determine the players’ positions. The application would control the experience, keeping score of IR hits.

One implementation of the patent (as noted in the application) might involve a smartphone acting in lieu of the computer, display, and IR detector.

The consumer products pedigree of the team and the potential for smartphone implementation suggests that the patent could well preview a next-generation Jedi Challenges game.

Advancements in ARKit and ARCore with horizontal and vertical surface tracking, could well provide the possibility of an “AR venue” for gameplay.

There are clear precedents.  AR game Father.IO converts public parks and outdoor space into huge battleground arenas.  It shows that an IR controller gives the possibility of multiplayer first-person shooter games in real world environments.   Both Disney and Lenovo have already created multiplayer lightsabre battles with updates to Jedi Challenges.  IR lightsabres and blasters are a logical and likely next step.

See Blooloop’s review earlier this month of more Disney patents that might give serious clues to the future of theme park attractions.