A Six Flags North American expansion plan could see the “thrill capital of the universe” snap up neighboring amusement parks and water parks in a bid to grow the chain’s geographical footprint, drive up attendance and increase spending.

The Texas-based amusement park giant hopes to acquire, operate or lease existing parks within a two- to three-hour drive of its more than two dozen properties in the United States, Canada and Mexico.

“There are dozens of parks within reasonable driving distance of our existing portfolio in the U.S. These these parks generate hundreds of millions of dollars of revenue,” Six Flags CEO Jim Reid-Anderson said during a recent quarterly earnings call.

With Six Flags properties in the top 10 U.S. markets, the company’s buy-rather-than-build strategy puts many theme parks and water parks across the country in play.

“We are focused on finding parks in our current markets as well as in the feeder markets to our current theme parks,” Six Flags senior vice president of U.S. park operations Tom Iven told Blooloop.

Six Flags has added seven smaller theme parks and water parks at a “very low cost” in the past two years, Reid-Anderson said during an earnings call. The seven parks are:

All but one of the properties, Wet n’ Wild Phoenix, formerly fell under the Six Flags umbrella.

With the new properties, Six Flags adds 20 million potential visitors within a 100-mile radius of one of the chain’s parks. This brings the total market potential to 200 million visitors, Iven said.

“We are primarily looking at water parks, but we are also open to acquiring smaller amusement parks that complement our theme parks,” said Iven.

So what parks are in play? Six Flags won’t say.

“We are looking for quality over quantity,” said Iven, who began his Six Flags career in 1976 as a street sweeper at Six Flags St. Louis. He is now responsible for the management of all SIx Flags parks in the U.S.

If Six Flags is looking for smaller amusement parks, then Disney and Universal parks are obviously not on the table. Cedar Fair, SeaWorld/Busch Gardens and Herschend all have parks that draw similar attendance numbers as Six Flags parks.

Two thirds of Cedar Fair’s 11 parks are within a 2- to 3-hour drive of a Six Flags park. So are a majority of the SeaWorld and Busch Gardens parks. Same goes for all of the Herschend parks.

A brief Facebook post by the Themed Reality blog in November suggested Six Flags was in talks to purchase SeaWorld Entertainment. This news quickly spread to mainstream media. Six Flags and SeaWorld officials have yet to comment on the unsubstantiated speculation.

Six Flags operates in about a dozen U.S. states in the Northeast, Midwest, Texas and California. The chain’s biggest theme park gaps are in Florida and Ohio.

Discovery Kingdom is about 20 miles from the newly Six Flags-branded Waterworld California water park in Concord.

Mt. Olympus (Wisconsin Dells, Wisconsin) and Indiana Beach (Monticello) are both within driving distance of the Six Flags park outside of Chicago, Illinois. Michigan’s Adventure (Muskegon) is across Lake Michigan from Great America. There are more than 20 indoor and outdoor water parks in Wisconsin Dells, dubbed the Waterpark Capital of the World.

The Six Flags park in Missouri is within driving distance of two other parks in the state. They are Silver Dollar City (Branson) and World of Fun (Kansas City). The Schlitterbahn water park chain has a location in Kansas City. 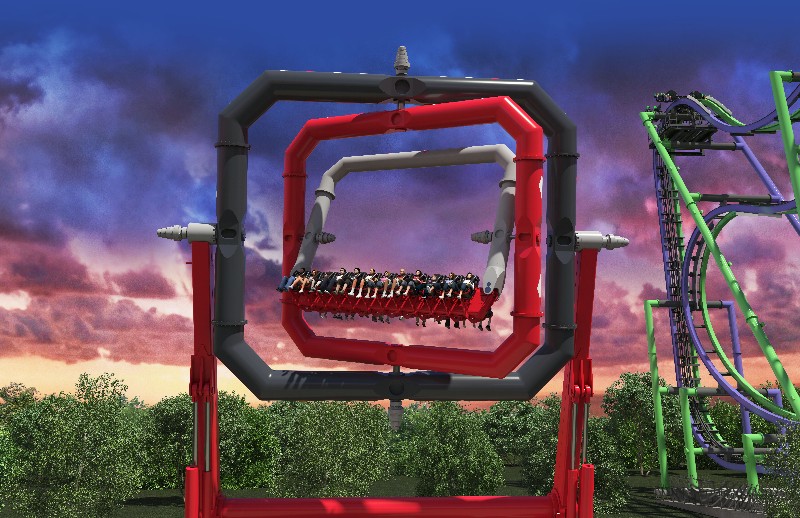 It’s important to note, none of parks or chains mentioned in this story have expressed interest in selling any properties. Similarly, Six Flags has not publicly identified any parks that the company is interested in acquiring, operating or leasing.