The Pennsylvania amusement park continues to tease fans with hints on its website and teasers on social media.

The amusement park has promised to announce its full plans for 2018 on August 8th.  Until then it is keeping everyone guessing; intriguing and baffling fans with hints on its website.  Teasers go out on social media channels Twitter, Facebook and Instagram.

The first clue was shared on July 7th and further clues are added on a weekly basis.  So far, the clues have hinted that “We’re adding more water to the Boardwalk” and “There is a light at the end of the tunnel.” 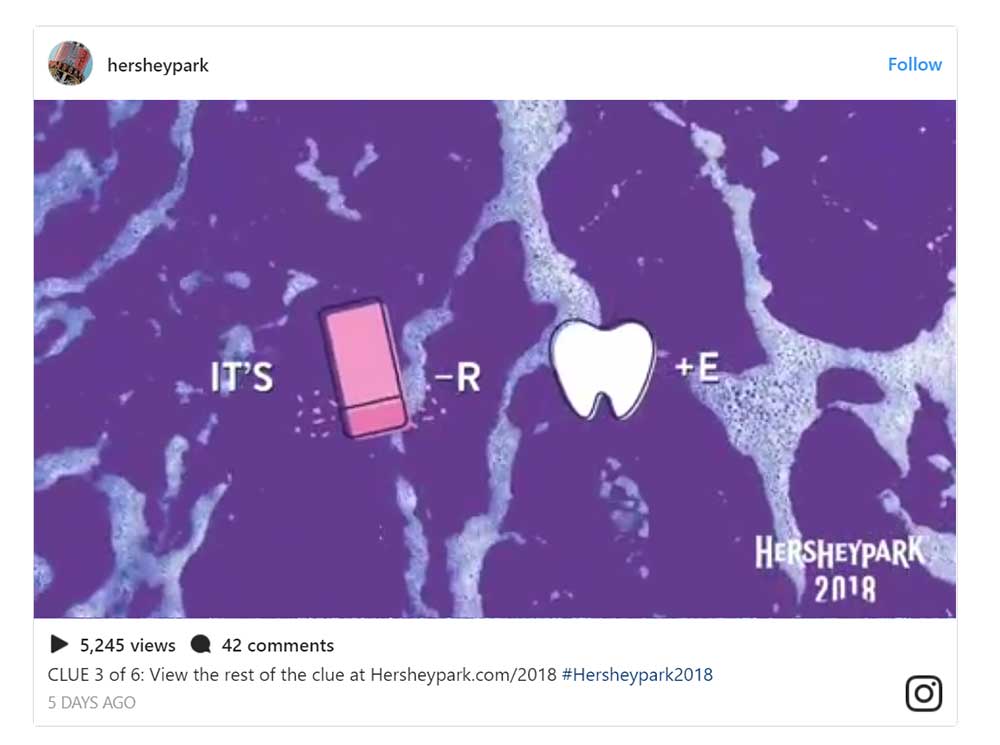 The third clue reveals:  “It’s a race to the finish.”

So it seems likely that the new addition will include a water feature.  Some people are guessing it might be a water version of Lightning Racer?

Speculation is rife with pundits trying to guess which existing attractions might be removed to make way for the new ride.  The Boardwalk area is extremely popular – but also already packed with attractions.  The park even removed a river rapids ride to make space for a lazy river and wavepool combinations.

The possibility of Hersheypark expanding into the former Parkview Golf Course property is also in the planning stages.

Hersheypark includes three parks – Hersheypark itself, plus The Boardwalk at Hersheypark and ZooAmerica.  It boasts more than 70 rides and attractions, including 13 coasters and more than 25 rides for young children.