The Lego Movie World will open in Spring 2019. It has been created in partnership with Warner Bros. Consumer Products. It will feature three family friendly attractions inspired by The Lego Movie and its upcoming sequel, The Lego Movie 2: The Second Part.

The first ride announced is The Lego Movie Masters of Flight. In this flying theatre attraction, guests will travel on Emmet’s Triple Decker Flying Couch. The suspended ride from Brogent Technologies Inc. features a full-dome virtual screen, giving the sensation of flying. It will also feature a 180-degree turn. 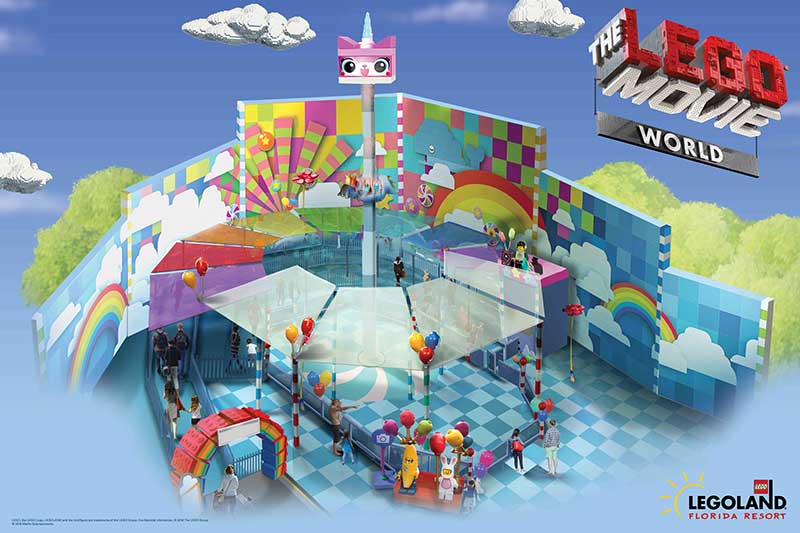 Unikitty’s Disco Drop is a drop ride that will take guests up to the top of Cloud Cuckoo Land, then drops, spins and bounces them back down. 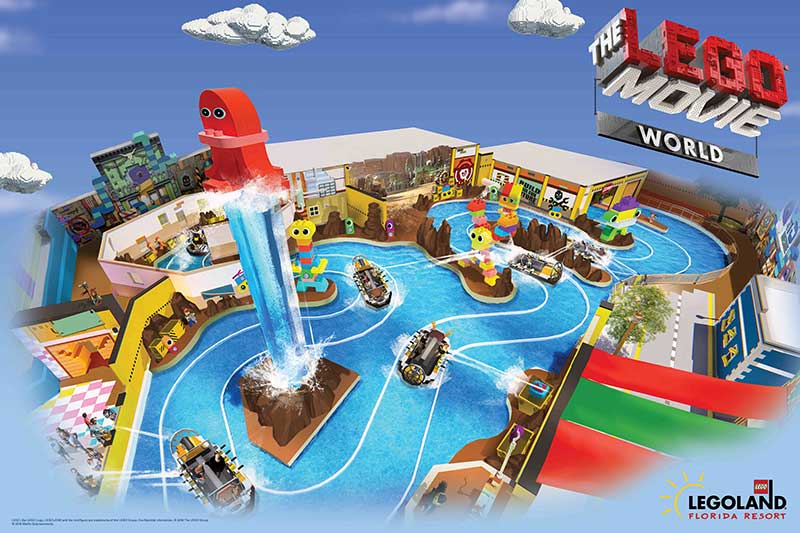 Finally, in Battle of Bricksburg visitors will spray water at Duplo alien targets who have invaded Bricksburg.

The land will also feature a character meet-and-greet, Taco Tuesday Everyday eater and The Awesome Shop. There will also be a space-themed playground inspired by Benny’s spaceship.

Released in 2014 by Warner Bros. Pictures, The Lego Movie grossed $469 million worldwide against a $60 million budget.  The film won a BAFTA Award for Best Animated Film and was nominated for a Golden Globe Award and an Academy Award nomination for Best Original Song.  The Lego Movie Sequel is scheduled for release on February 8, 2019.