Pukeko Pictures has signed a deal for a Kiddets land to be part of a new theme park and digital development area in Beijing.

The New Zealand-based animation studio has signed a deal with a Chinese trillion dollar investor, reports Stuff. Its preschool TV show, Kiddets has become a huge hit in China. Kiddets land will form part of the new development, about the size of Paris, set to open next year.

The move follows a 2015 deal between Pukeko Pictures and Guangdong Huawen Century Animation Company to develop ‘Kiddets’ – a sister series to The WotWots TV show.
Spink explains that Kiddets land would be a “location-based experience”. It is set to be a cross between an interactive museum and theatre. The park would use the Pukeko IP and a new IP would also be developed. 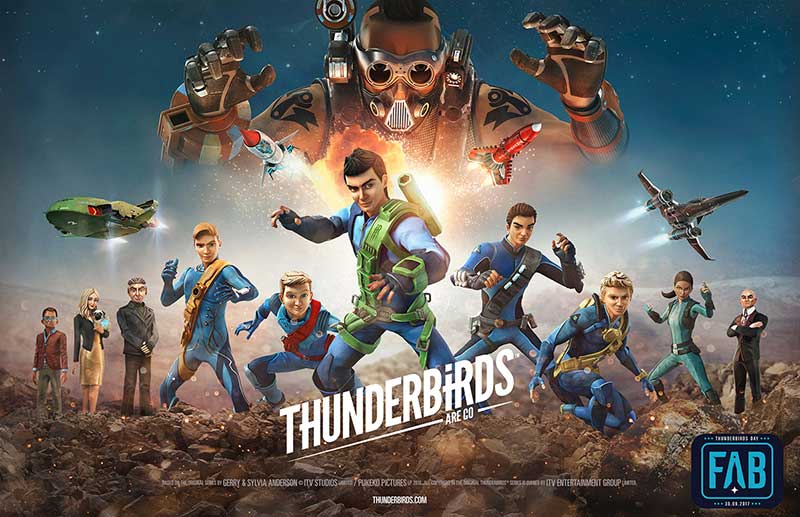 “It will include a Kiddets land, which will be an interactive play land with an education base to it,” says Spink. “We may also develop a Thunderbirds Are Go land.”

Pukeko is one of the Weta Group of companies. The deal could be a precursor for further cooperation.

Pukeko Pictures has been in close collaboration with Jeff Wen of the Chinese entertainment company for the last three years. “It has realised not only a high end sister TV series for Chinese and international children’s audiences but also amazing Kiddets themed play spaces and extensive product support,” says Sir Richard Taylor, co-owner of Pukeko. “This includes traditional children’s toys and publishing right through to health drinks and educational support material.”

Pukeko has signed an eight-year strategic deal with Wahaha​ – China’s largest drinks company. They have launched a Kiddets yoghurt drink into the Chinese market. Both deals are brand extensions of the Pukeko IP.

Site development for the theme park has already started at Green Dragon Lake. A portion of the land will also be used as an industrial park for digital, tech and VR industries.
It is hoped the park will open next year.