Triotech, the interactive attractions specialist, has announced it is celebrating its 20th anniversary. The Canadian creator of fun says it is feeling 20 years young after two decades in the business.

Triotech creates media-based attractions and has won several awards over the years.  The company began life in 1999 and was founded by the current president and CEO Ernest Yale, along with several key collaborators. Since then, it has grown into a big-hitter in the industry and is widely recognised as a leader in the field of media-based attractions.

The company has been busy installing its attractions at sites around the world. In January, it announced the opening of its 200th XD interactive theatre and has continued opening new sites since. One new location, at Tokyo Dome City Attractions in Japan, has been enjoying an average of 1,200 visitors per day since the opening in March. 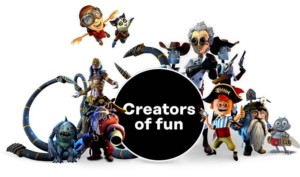 “We’d like to thank all our customers and partners who trusted us and participated in our success,” says Yale. “We love to say that we’re not 20 years old… but 20 years young! We still have a lot of passion, energy, and ideas. We see a bright future for the attractions industry as a whole and we are glad to be part of it!”

Triotech is behind 350 attractions in over 60 countries. To date, more than 110 million guests have enjoyed a Triotech experience over the last decade.

The company is also working on bringing its flying theatre concept to the rest of the world, following the successful launch of The Flyer – San Francisco in January. This immersive experience takes guests on a simulated flight over the city, where they can view all the famous landmarks of the Bay Area.

Triotech recently appointed a new sales director for China, Han Jie, who brings with her five years of experience in the themed entertainment industry.