The Magic Castle has granted a license to Novaex Group to use the Hollywood IP across China, Hong Kong, Macau and Taiwan.  The first project is The Circle – a high tech magic resort.

Magic Castles Inc. has never before licensed its property outside North America. Now it has made a deal with tech and entertainment company the Novaex Group. The company will be licensed to use The Magic Castle IP in a wide variety of indoor and outdoor attractions, as well as hotels and restaurants in mainland China, Hong Kong, Macau and Taiwan. 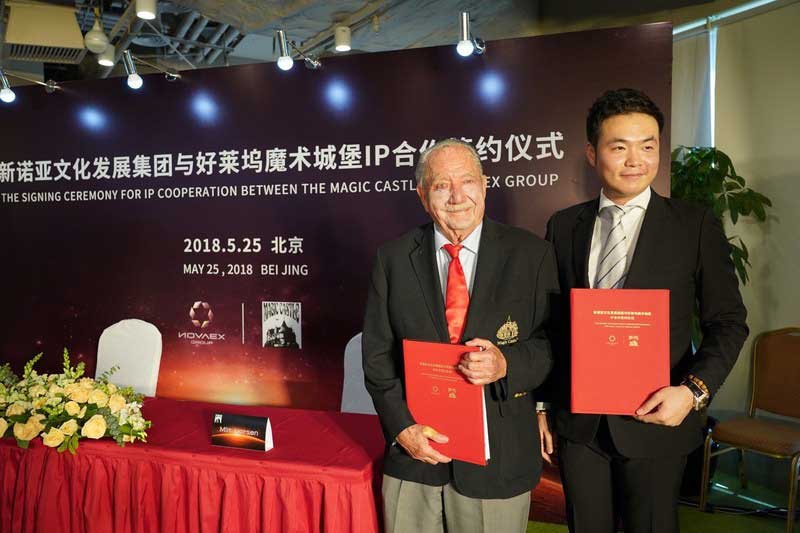 The announcement was made at an event in Beijing by Jeson Zheng, CEO of Novaex, and founder of The Magic Castle, Milt Larsen.

The first project will launch via Novaex’s offline internet community brand The Circle. This is based around a five-star hotel resort offering immersive entertainment alongside luxury shopping, recreation and relaxation. The entertainment features VR, AR, MR, 3D and hologram projections. Novaex also has plans to create a Magic School for children and teens under the auspices of the MCI.

In a statement, Novaex claim that the effects on offer at The Circle resort will be beyond the traditional magic show with “magic scenes and unbelievable experience like floating people, dragon in the air, monsters attacking the city, vanishing large buildings …”

The Magic Castle originally launched in 1952. Milt Larsen took out a lease on an early twentieth century mansion in Hollywood. He renovated the property and turned it into a meeting place for magicians. The Academy of Magical Arts, Inc. have used the castle as their home since 1963.