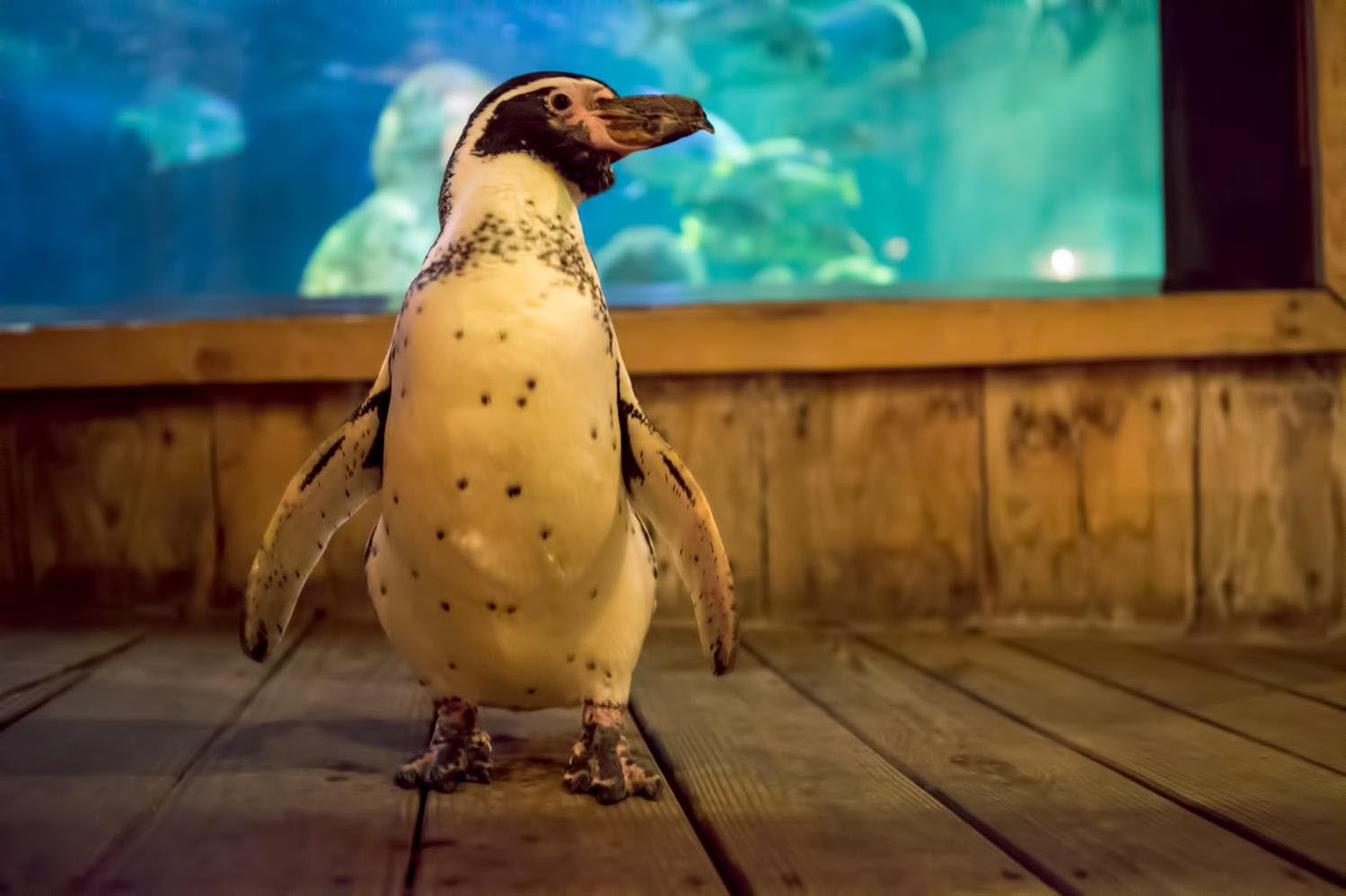 First announced in early 2017, Penguin Coast is five times larger than the previous enclosure. Visitors to the Aquarium of Niagara can watch the penguins as they frolic in the water through the glass fronted tank, while those penguins that want privacy can retreat to their nest boxes behind the public exhibit.

A system of LED lights in the enclosure simulates the sun, rising and setting each day to make it feel as much like nature as possible.

Established in 1978, the aquarium’s Humboldt penguin colony comprises seven birds and is considered to be geriatric. Indeed, the last chick to hatch successfully was an individual named Chile back in 2006.

However, the aquarium has been unable to expand its collection because it lacks the necessary Association of Zoos and Aquariums (AZA) Accreditation.

The new facility will mean it can apply for AZA accreditation which demands the highest standards of animals welfare.

The Aquarium of Niagara is home to over 40 exhibits featuring 128 species of mammals, fish, birds and reptiles.

What’s more, it is one of only 20 institutions in the US and Canada that houses the threatened Humboldt penguin.