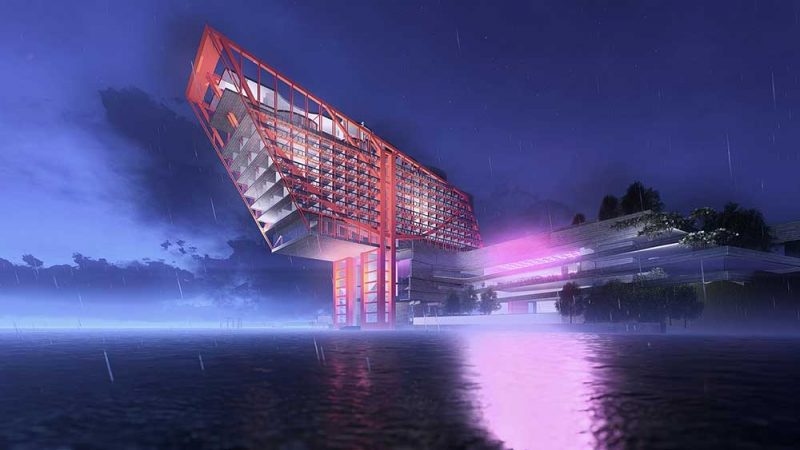 The Tasmanian Museum of Old and New Art (Mona) creates collection of immersive installations for Pharos, the museum’s new wing, and plans a hotel and camping park.

The museum’s new 2,000 sq.m wing, Pharos, opened last December. The wing is now filled with immersive installations that The Art Newspaper has described as “hallucination-inducing installations and hedonistic art experiences”.

Mona, based in Hobart Tasmania, is owned by David Walsh, who has described the museum as “a subversive adult Disneyland.” It officially opened in January 2011.

“David’s ultimate goal is to make sure you’re not sure where you are or what’s going on,” says Jarrod Rawlins, a curator at the museum. The wing includes work by artists such as James Turrell, Richard Wilson and Charles Ross. US artist Ross designed Spectrum Chamber collaboration with the museum’s architect, Nonda Katsalidis. The installation employs prisms that refract sunlight into rainbows across the walls. “Ross uses light as a collaborator,” says Rawlins. “These spectrums change throughout the year as the sun moves.” 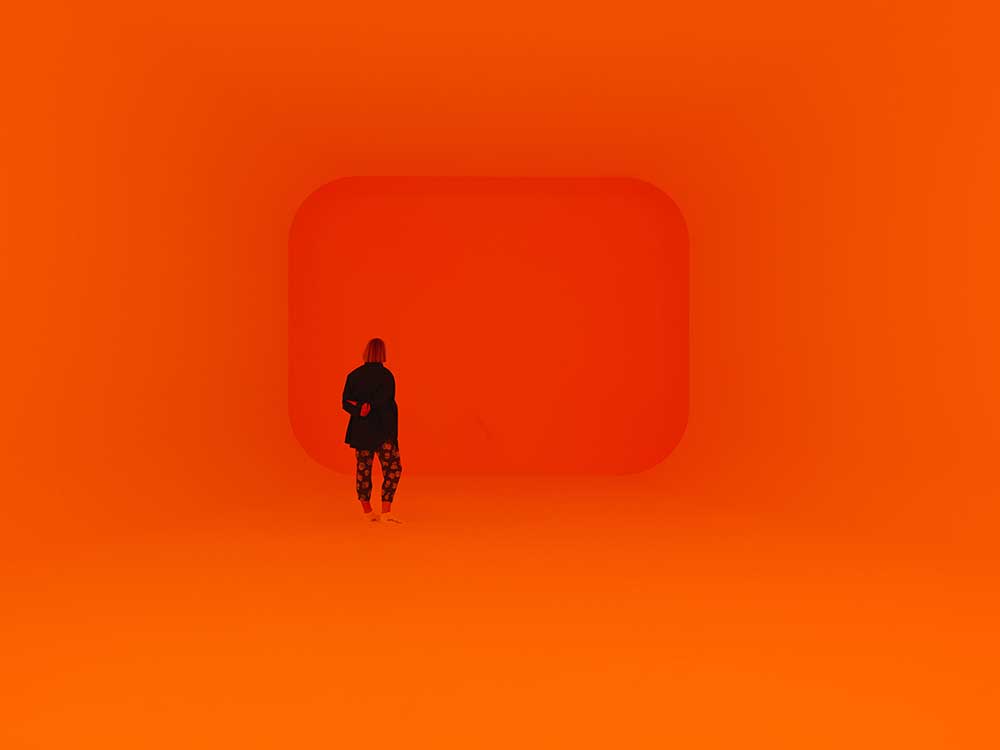 The site may also gain a new five star hotel, possibly called HoMo (Hotel Mona) to include a theatre. “Unlike Mona, the hotel will shout instead of whisper,” says Mona’s website. “Mona was never meant to be monumental—but the hotel is different.” The project is likely to cost in the region of $300 million. 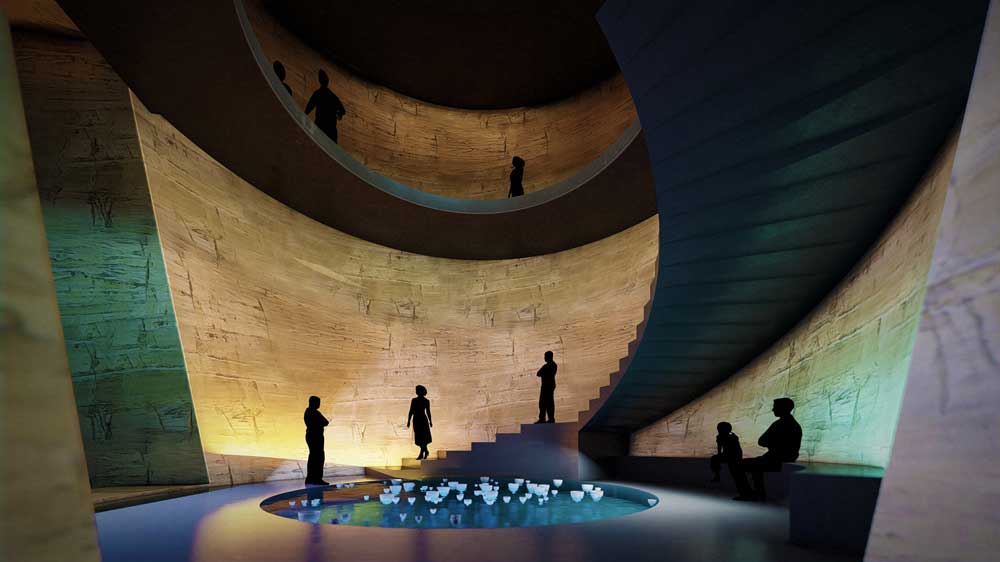 The hotel will have 172 rooms with views either towards Kunanyi (Mt Wellington), or upriver towards Claremont and Otago Bay. It will include a 1,075 seat theatre, a spa centre, an outdoor concert stage, a library, plus conference and auditorium facilities. Inevitably it will include new art works alongside ‘special experience’ rooms.

The plan is to cantilever over the water, making the most of stunning river views, and employing a highly unusual strategy for siting the theatre. “Someone suggested suspending the hotel from above—making a cantilever buildable, and also acoustically isolating the theatre from below,” says the website.

Access will be mainly via the river. Venice-style motoscafi ferries are likely to be used in collaboration with Mona’s ferry operators, Navigators. Another ferry and also a boardwalk will link the ferry jetty to the main road. These will increase pedestrian and bicycle access to the foreshore.

At the other end of the scale, Mona hope to acquire the Treasure Island Caravan Park in Berriedale. “We want to offer budget accommodation options,” says the website. “Later, we’d like to build a bar for our hotel, casino, and caravan park visitors to mingle.”

The museum is known for its subversive humour.

Mona’s website says that Walsh intends Pharos to be part of his legacy and wants the exhibits to remain untouched: “The staff will start meddling with Pharos the moment he breathes his final breath … so he has made sure that the art was too big to take out through the tunnels.”

There is also an inverted dress code for the museum: “if you’re too snazzily dressed, you’re given a smock to cover up.” 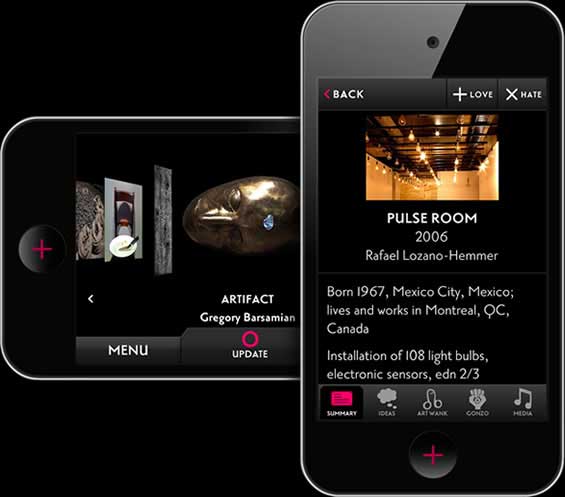 Mona has no labels on any of its artifacts. Instead the  “O” smartphone app is used to tour the galleries. The tour is recorded for guests to refer to later. Visitors are invited to vote “LOVE” or “HATE” for each piece.  They can also access the level of information that they want depending on what type of visitor they feel themselves to be: “summary”, “ideas”, “Gonzo” and even “Art Wank”!