Jay Villemarette would be the first to admit that he has a few skeletons in his cupboard.

He’s the man behind Skeletons: Animals Unveiled!, a first-of-its-kind museum displaying over 500 painstakingly cleaned and articulated animal skeletons in ‘never before seen poses’.

Blooloop spoke to Villemarette (left) about the chance find that has fuelled a lifelong passion and spawned two of America’s most unusual museums.

The Bones of an Idea

“This all started as a small boy at seven years old, ” says Villemarette.  “I found a dog skull in the woods and my father saw my interest and encouraged me to collect the skull. Two years later, I found a cat skull which intrigued me – I could see the differences and also the similarities between the two and I wanted to start collecting skulls as a hobby.”

His interest continued unabated through high school but he had no ambitions to take it any further and went on to graduate as an auto body technician. But, everything changed when he struggled to find regular employment.

“So, I said to my wife, ‘why don’t we start selling skulls as more of a business?’”

In 1986, Villemarette founded the company, Skulls Unlimited, and began supplying skulls and animal skeletons to schools, colleges and museums.

“Some people said I started the company because I wanted to collect skulls like a junkie that’s on drugs and sells drugs to support his habit, ” he laughs.  “Well, I think they’re right.”

“As my collection grew over the years I wanted to do something more with it, so I had the idea to open up a museum. In 2003, it was becoming a reality and we were able to start the development of our first museum.”

The Museum of Osteology in Oklahoma City opened its doors in 2010 and Villemarette admits that is was more an extension of his hobby than a money-making exercise:

“I really didn’t care if it made money, ” he says. “I was doing it for myself to give me something to do – I was kind of bored with my job.”

Yet, in its first full year, it welcomed 55, 000 visitors eager to see over 350 skeletons. The 7000ft² museum is the largest privately-held collection of osteological specimens in the world. This is a testament to its founder’s skill and commitment to collecting.

Villemarette is keen to point out that all the skeletons come from animals that have died from natural causes at zoos, aquariums or animal rehabilitation facilities:

“When an animal dies it is a very sad day for the zoo but is an even sadder day if they just dispose of the carcass.  We can cause that animal to live on for hundreds of years to come.”

While the idea of a skeleton museum might strike some people as ghoulish, the Museum of Osteology is very much an educational space. Home to specimens from all over the globe, it features exhibits that demonstrate the sheer diversity of animals within the vertebrate kingdom.

By viewing the bones, it’s possible to see exactly how animals move, how they have adapted to their environment and how they are classified.

“Where this museum is, we’re kind of on the outskirts of town where you would never expect a museum to be and we still earn 65, 000 people, ” says Villemarette.

“To my surprise, it’s been doing well visitor-wise. Not necessarily financially because we have an $8 ticket. At times, we were opening at $5 – so you can see we weren’t doing it for the money.

“People who visited would ask me – ‘why would you have this museum here? You should move this museum to a better location where it can really make money.’”

“After a bit of consideration I went to my children and said ‘hey, why don’t we build another museum?’.”

Villemarette’s original idea was to build it in Las Vegas:

“But, when my eldest son started checking into where we should build a museum all roads led to Orlando as being the best place for us to go.”

I-Drive 360, Orlando’s $250 million entertainment destination, is home to three Merlin Entertainments’ attractions. These are the Orlando Eye, Madame Tussaud’s and SEA LIFE Aquarium. There is also Arcade City and a range of retail and dining experiences.

“We came out here on a scouting trip to see if this was a possibility. At the time, I-Drive 360 was being built. So, we investigated that and spent about 3 days here looking at alternative locations.”

But, there were good reasons for settling on the entertainment hub. Not least because the museum would benefit from shared marketing opportunities:

“A lot of our advertising would be done for us by being in that complex. Being family-owned and operated, we wanted to keep money out as limited as possible, ”  says Villemarette.

Once the location had been chosen, the huge task of assembling and preparing the collection started in earnest. All the specimens arrived as carcasses, requiring cleaning and whitening before the lengthy process of articulation could begin.

After removing the meat from the bones by hand, the fine cleaning is left to a somewhat surprising army of willing volunteers:

“We use Dermestid beetles, ” explains Villemarette. “They will actually eat the tissue off the bones.”

The process can take anything up to six months for a single skeleton. Visitors can see the beetles in action in a display in the museum.

After cleaning and whitening, the bones were then articulated by Villemarette’s team from Skulls Unlimited. This is a skilled operation that can take from 12 to 240 hours depending on the complexity of the skeleton.

Skeletons: Animals Unveiled! differs from The Museum of Osteology in several ways:

“We made the Orlando museum bigger – we have over 500 skeletons on display, ” says Villemarette. “In Oklahoma we’re 2 stories – here we built all one level.”

Rather than displaying the skeletons as single specimens in glass cases, many are grouped in dioramas. This puts them into context and makes the experience both accessible and educational.

“We tie into science education in schools, ” explains Villemarette. “I like to tease that we could not take the educational value out of our collection if we tried.”

“Everything in our museum is rare, ” he says. “We have some rare species that some museums would wish they had for instance, sumatran rhinoceros – there are less than 100 of those living in the world today. We have gorillas, we have 2 komodo dragons, we have an okapi.”

Are there any skeletons left on his wish list?

“Our collection is really vast. But the one skeleton that I would like to have that I don’t have is a giant panda. Giant pandas are very rare and all owed by the government of China. When one dies in an American zoo the skeleton will either be returned to China, or most likely, given to the Smithsonian.”

The museum opened last May and I-Drive 360 is still being developed, but, says Villemarette, momentum is growing.

“We are educationally-minded, we are fun to be at, people enjoy coming to our museums. Even grandparents will come to our museum and tell us, “my grandchildren are going to love this but I’m not necessarily going to like it.” And, I tell them, ‘you know what, I bet you’ll like it.’ And then they come and find me to tell me how much they liked it.”

For the next stage of the attraction’s development, industry specialists Acomb, Ostendorf and Associates (AO&A), who have been involved with numerous aspects of the I-Drive 360 development,  are on board to lend their expertise and problem-solving skills to help bring an unheralded but worthwhile attraction into the public eye. “We enjoy finding  pragmatic and cost-effective solutions, ” said AOA Principle Tom Acomb. “Skeletons is a great example of a family-run operation that brings a lot of fun and a lot of value to an industry dominated by big-money players. Sometimes the little guy can bring a lot to the table. We approach this show  just the same as we would for one of the majors.”

Bones and beetles may seem unlikely stars for a hit visitor attraction. But, go with an open mind, and Skeletons: Animals Unveiled! might just get under your skin. 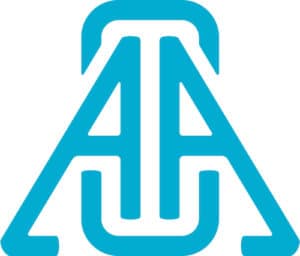