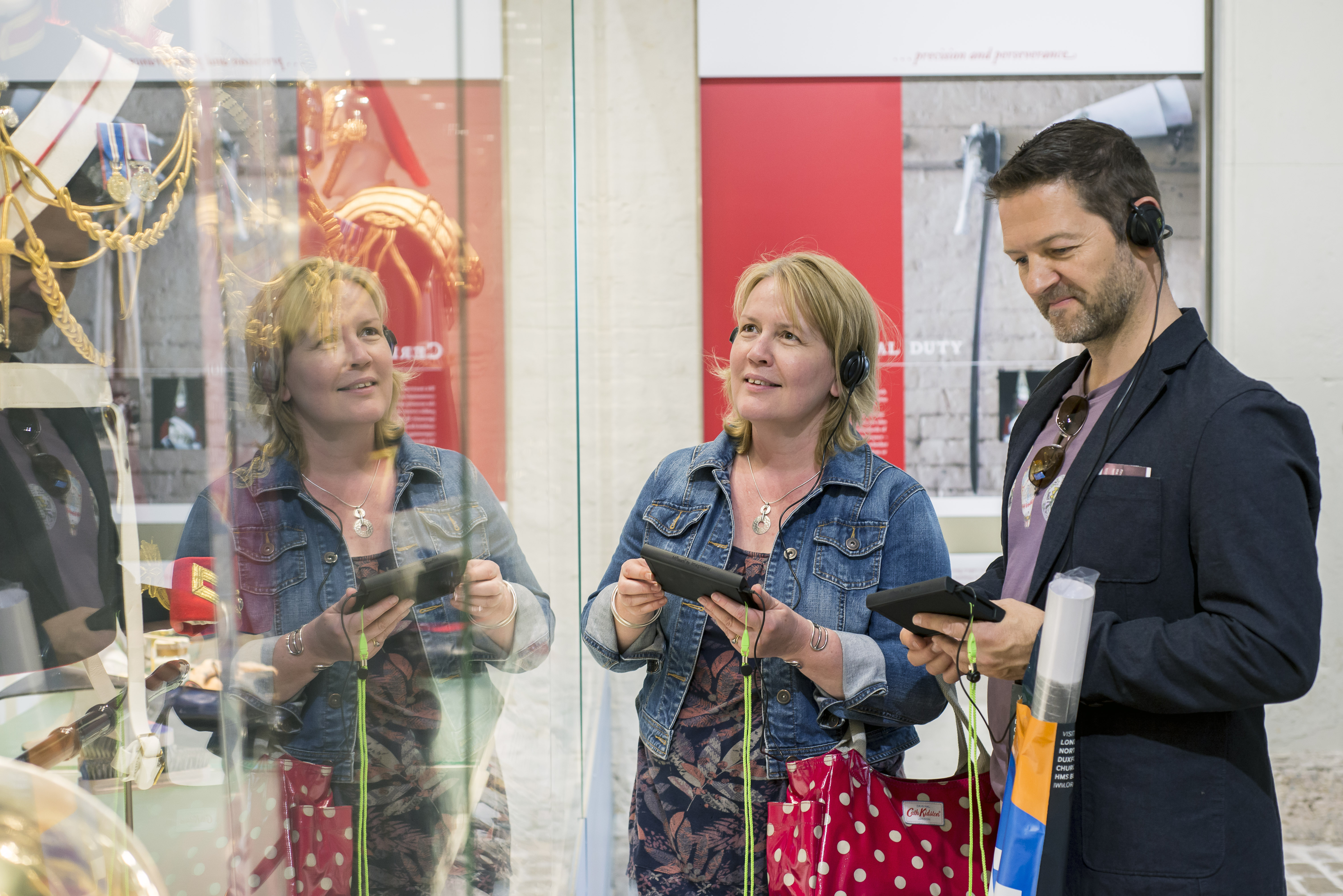 The Household Cavalry consists of two senior regiments of the British Army: The Life Guards and The Blues and Royals. Their museum explores both the ceremonial and operational roles of these soldiers, and showcases 350 years of the regiments’ history.

Solution
Working closely with the museum and the regiments, we created an interactive, multimedia tour in five languages on the MPti™. The portable device means the exhibition is enriched with cleverly layered archive footage and unique recorded interviews with soldiers and historians.

What We Are Proud Of
The Household Cavalry Museum is now able to share not only the Regiment’s heritage, but to show that its members are active servicemen who work in combat situations. Following positive feedback from their overseas visitors, the museum added three further languages: Brazilian-Portuguese, Mandarin and Russian.

“We are delighted to be able to offer visitors a multimedia guide. The Household Cavalry has so many stories to share, and the guide has allowed us to bring these to life, showing visitors the rich range of roles that Household Cavalry soldiers carry out in addition to the ceremonial duties that are famous the world over.”
Martin Westwood, Director Household Cavalry Museum