Following on from last year’s inaugural blooloopLIVE Asia in Hong Kong, the 2016 event moved to mainland China. Delegates from theme parks, zoos, waterparks, museums and other visitor attractions heard about the key trends and developments shaping the attractions business in Asia.

Held at Shanghai’s Jumeirah Himalayas Hotel on Monday 13th June, the day before the start of IAAPA’s Asian Attractions Expo, the event attracted 250 delegates from over 20 countries.

Supported by Celebrating Life, UK Trade and Investment (UKTI) as well as Creative and Design partner ICONPATH: Curated Experiences blooloopLIVEAsia was a half-day conference with a collection of speaker and panel sessions all designed to be thought provoking and inspiring.

Click here for a gallery of images of blooloopLIVE Asia.

The first session provided context and an introduction for the afternoon, describing the Asian attractions landscape.

Wonwhee Kim, Founder of The Park Database introduced proceedings with a regional overview of the Asia attractions sector, highlighting key statistics and trends such as the growth of indoor theme parks and attractions and the likely impact of Disney in China.

The under-rated potential of South East Asia was a central theme of Thibault Paquin‘s session which explored some of the regional developements in more depth. Mentioning the huge potential for growth for the attractions industry in SE Asia, the CEO of Celebrating Life pointed out that over 5 million people join the urban consuming class each year in SE Asia.

Janice Li, Regional Director at Entertainment + Culture Advisors (ECA), then shared her insights on the the major pipeline projects to watch, highlighting information available in version 1 of the Global Attraction Landscape Report , a new document ECA produced in partnership with Blooloop and released earlier this year.

The second session saw key speakers share their experiences of working in the Asian market.

Laura Miotto, Design Director of gsmprjct, has huge experience designing exhibitions in Asia, and she highlighted in particular the “Living Galleries” project at The National Museum of Singapore. This exhibtion was designed to utilise every sense and gave great prominence to authentic regional artefacts and objects.

In a swift change of sector,  Emre Buyukgungor, District Sales Manager for Polin Waterparks ran deleagtes through the trends in Waterparks in the region, from theming to getting the right product mix in the parks.

Cartoon Network Amazone’s CEO, Liakat Dhanji, offered a frank insight into the benefits and challenges of utilising IP for attractions. Liakat emphasised that you must be passionate about the brand – his own family live and breathe Cartoon Network – and this passion shines through in the attractions at the park. He talked about the logistics of using IP, the approval process, (which was was quite lengthy due to the park being a new venture for Turner Broadcasting), and he acknowledged the benefits of getting it right were enormous. Patience, he said, is a key to success.

Both speakers discussed changes to strategy when it comes to Asia, particularly the change in guest experience. Using Madame Tussauds as an example, Putnam highlighted the development of the visitor experience, from guests passively walking past waxworks, to the visitor being at the heart of the story – a more immersive experience. Visitors no longer want to simply look at attractions they want to be part of the show, taking selfies with the models, and engage in activities in which they, the guests, are the stars.

Luke concurred, saying that operators needed to appreciate the rapidly developing and maturing expectations of visitors and that flexibility was important. IP owners and operators are looking at more than just traditional theme and amusement parks, with FECs, indoor attractions, waterparks, dining exepriences, retailtainment and more on the cards.

During the session, Jonathan highlighted the importance of a “marriage between brand and operator” with both sharing the same objectives to create a successful partnership, whilst Melissa stressed the need for emotional engagement with the brand. The sheer variety and scale in use of IP in this industry was mentioned by Sean, from Shaun the Sheep Cafes in Japan to “tourist trails” across shopping centres in Britain.

The second panel showcased attractions designers, and the considerations for designing for the Asian market. The conversation was led by Al Cross, VP of PGAV Destinations and included Founder and chairman of the Goddard Group, Gary Goddard, and CEO of ECA2 Jean-Christophe Canizares.

With each of the three having particular expertise in creating iconic visitor attractions experiences in Asia the session made for an interesting discussion. PGAV Destinations, which earlier this year released a ground-breaking new report into visitor behaviour, “Voice of the Visitor”,  has been involved with numerous high-profile projects across the world including the award-winning Chimelong Ocean Kingdom on Henquin Island and the master-planning and design of the Grand Aquarium at Ocean Park Hong Kong. Goddard Group also has extenisve experience across Asia and recently announced  details of three major theme parks in development across China.  ECA2 recently revealed the soon-to-open “Multimedia Tower Attraction at OCT Shanghai’s Happy Valley Theme Park and other iocnic award winning shows in the region include Wuyishan’s Fountain of Dreams and Wings of Time on Singapore’s Sentosa Island.

Goddard said that people wanted to be transported to a different, magical world in an attraction, not neccessarily one related to their own culture or country.

Both shared the story of Circue du Soleil and plans for the first theme park in Mexico, branded the ‘next generation’ of immersive theme parks and story-telling. They highlihgted the different zones of the new theme park (with wonderful concept art!) and hinted at more parks to come, with obviously Asia a key market.

After the conference, attendees had a chance to network and discuss the afternoon’s sessions at the evening reception held at the Jumeirah hotel overlooking the Shanghai New International Convention Centre where the AAE would begin the next day.

The UK Conference BlooloopLIVErpool will be on the 29th June 2016, further information can be found here.

blooloopLIVE Asia will return next year in Singapore in June.

Thanks to our sponsors!

and Creative and Design Partners: 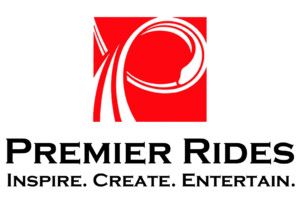