Walt Disney World is piloting a new approach to the virtual queue system for Star Wars: Rise of the Resistance, which will now be available outside of Hollywood Studios.

Rise of the Resistance at Star Wars: Galaxy’s Edge has become one of the most popular attractions at Walt Disney World Resort. The new system starts on November 3.

Guests with a valid ticket or annual pass and a Disney Park Pass reservation for Disney’s Hollywood Studios will be able to access the virtual queue system and check for an available boarding group from 7am on the day of their park reservation.

This can be done from Disney hotels or anywhere else nearby. The virtual queue will reopen daily at 2pm for anyone who wasn’t able to join a boarding group earlier in the day. However, visitors must be inside the park to access the second virtual queue.

According to Disney Parks Blog, the new approach will make a day at Disney’s Hollywood Studios more enjoyable and relaxing, as visitors no longer need to be inside the park in the morning to request a boarding group. 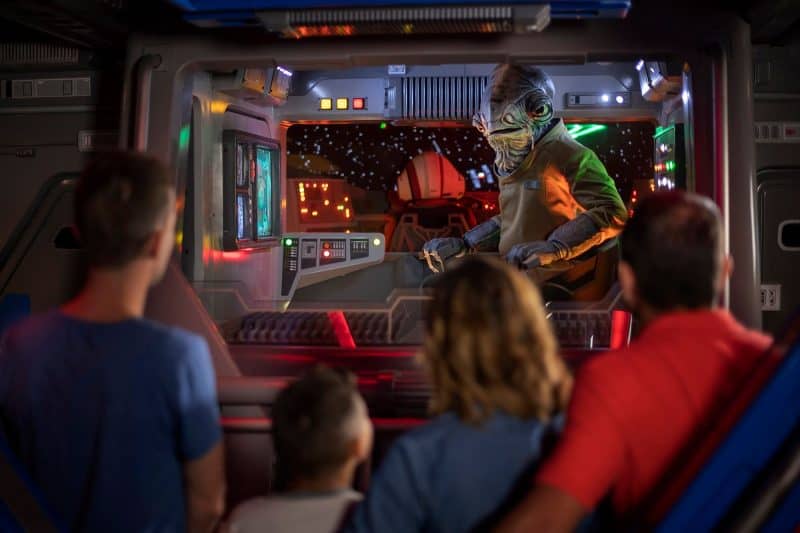 Disney recently added a clear barrier between the two rows of seats on each First Order Fleet Transport vehicle within Rise of the Resistance in order to welcome more guests daily. The virtual queue is only accessible via the My Disney Experience mobile app.

Meanwhile, Disneyland Paris has closed once again following the latest direction from authorities in France. The resort reopened in July after shutting in response to COVID-19.

Disney has reopened parks in Tokyo, Shanghai, and Hong Kong . However, Disneyland is still closed in California and Disneyland Paris is now shut in France.

Star Wars: Galactic Starcruiser, an immersive two-night hotel experience, appears to be making construction progress at Walt Disney World, where it debuts in 2021.