Drayton Manor Park, a beloved family theme park in Staffordshire, confirmed that it has been sold as part of a pre-pack administration to Looping Group. Looping Group will retain Drayton Manor’s 599 employees.

Genting Singapore has also confirmed delays to the $4.5 billion Resorts World Sentosa expansion (RWS 2.0), revealing the project is delayed due to construction disruption caused by COVID-19.

Nickelodeon Universe is set to reopen at the Mall of America on August 10, following nearly five months of closure during the outbreak of COVID-19. It will operate with a significantly reduced capacity of 250 people.

Cedar Fair has announced that California’s Great America will remain closed for the rest of the year, making it the first theme park to cancel reopening plans for 2020 in California.

The Walt Disney Company reported earnings for its fiscal third quarter, with its Parks, Experiences and Products segment taking a $3.5 billion hit on operating income due to COVID-19.

Former Disney executive Michael Crawford plans to create the “Disneyland of football” adjacent to the Pro Football Hall of Fame in Ohio. It will boast football-themed hotels, apartments and a water park, as well as rides, and retail.

Pokémon has announced it will be hosting Pokémon Virtual Fest, an unfinished virtual theme park, between August 12 and August 31 in Japan. Users will enjoy a full theme park experience, with attractions, live events and shops.

The 2020 League of Legends World Championship, an esports tournament hosted by Riot Games, will be held in Shanghai in 2020 and 2021. The final competition will be held on October 31 at Pudong Soccer Stadium.

Saudi Arabia’s futuristic mega-city NEOM is set to develop the world’s leading cognitive cities after signing a contract with STC to establish a 5G network infrastructure.

Burberry and Tencent collaborated on the first social retail store in Shenzhen, China. The digitally immersive retail experience is designed to entertain luxury customers with exclusive content and personalised experiences.

Yas Waterworld Abu Dhabi, the world’s leading water park, is set to reopen on August 4. The attraction has shared its health and safety measures in light of COVID-19.

After approval to build a £250 million wellbeing resort in Manchester, Therme Group has announced plans to develop the concept in other cities in the UK, including London, Scotland and Wales.

Japanese art collective teamLab has created an outdoor digital art exhibition, ‘A Forest Where Gods Live’, within the Mifuneyama Rakuen Park in Takeo, Japan. It focuses on the ongoing relationship between nature and humans.

The tallest ferris wheel in Japan, the Osaka Wheel, has been rebranded as an interactive haunted version, the Zombie Ferris Wheel of Hell, which runs through September 30. 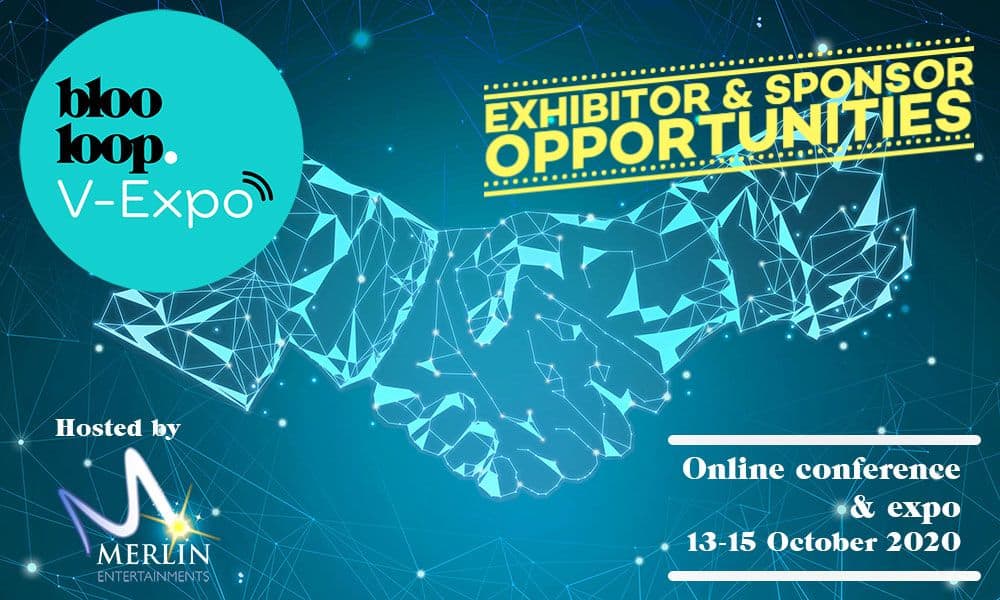 We have a fantastic line up of speakers at our blooloop V-Expo online conference and exhibition. Check it out here.

Find out more about our content focused exhibitor opportunities here or contact Ella and Alice at events@blooloop.com.