Dark rides are tried and true, iconic attractions that have been entertaining guests for more than 100 years. A dark ride can frighten, introduce a world of wonder, or send riders flying on an action-packed adventure. They are the best vessel for transporting riders, suspending their disbelief, and creating a shared experience.

There has been exponential growth in technology, innovation, and creative storytelling over the last 50 years. Here, we consider the origins of a concept that became known as the dark ride and the history of where it all began.

Where it all began: a brief history of the first dark rides

In the late 1800s, there were documented experiences of slow-moving boat rides that would weave through themed caves or grottos. The storyline was limited. But vignettes and soundtracks set a mood, intending to evoke some sort of emotion from the passengers aboard.

“The Tunnel of Love,” for example, was a common attraction with cuddly, romantic, and dark passages. On the flip side, there were also “Ghost Rides” or “Haunted Trains”. These used elements of fright to elicit an adrenaline rush.

The first dark ride in an amusement park appeared in 1835 at Sea Lion Park in Coney Island, New York. It was called “Old Mill Ride,” created by Paul Boyton. Guests were gently transported by boat through an underground fantasy world. Later this ride would evolve to include a thrilling ending as the boat plummeted down a chute. This created a sense of unexpected excitement for those on board.

The next chapter in the history of dark rides comes in 1928. This is when Leon Cassidy, owner and CEO of the Pretzel Amusement Ride Company, created and patented the first single-rail tracked electric dark ride. An original pretzel dark ride, while upgraded and modified, still operates at Blackpool Pleasure Beach in the United Kingdom under the name “Ghost Train.”

Leon Cassidy created a unique ride concept. One that would be developed further into the fantastical, exciting attractions we know and love today.

The Pretzel Amusement Ride Company no longer builds and sells dark rides. Yet they facilitated the spark that expanded the indoor storytelling experience. Since then, amusement parks have leaned on dark ride experiences to fit into their unique and magical worlds, entertain audiences, and build that unbreakable bond between park and guest.

The art of storytelling

Today, the guest expectation has reached a new height as parks continue to refine the craft of storytelling. The mix of intellectual properties, themed areas, and immersive experiences is the perfect cocktail that now dominates the industry.

Amusement parks and attractions, more than ever, focus on telling stories by taking the guest into a deep world of make-believe.

Using popular brands from movies, shows, and books has added to the entire experience and diversity of dark rides. Having a foundation of popular characters and familiar storylines provides a basis for world-building. This helps to create experiences for guests that spark the imagination.

In addition, working IPs into new attractions can be a solution to bringing new life to much-loved stories and characters for guests to enjoy for years to come.

Purposefully, dark rides evoke emotion creating a strong bond of connection for the guest with the ride experience. It is a key element of any dark ride and is facilitated through storytelling.

The earlier versions of dark rides were commonly based on love or fear. These early iterations in the history of dark rides took guests through a variety of emotions and experiences that facilitated memories and made dark rides unforgettable.

Dark ride theming, effects, and technology have evolved considerably over the last 100 years to keep pace. Using standard theming such as vignette and animatronics is still important today. However, rides that include vehicles that spin and dance, projection mapping, lighting effects, and interactivity have added a new dynamic to the telling and experiencing of a story.

Today, guest expectations have expanded and developed. However, the core principle remains the same. No other attractions can take guests to a new world like dark rides. With powerful new technologies, the ride experience is becoming more thrilling, more memorable and more showstopping than ever.

Stay tuned for part two of The Power of Dark Rides. Here, we will move on from the history lesson to unpack how dark rides continually shape the attraction and entertainment industry. 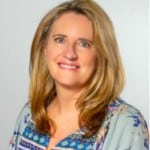