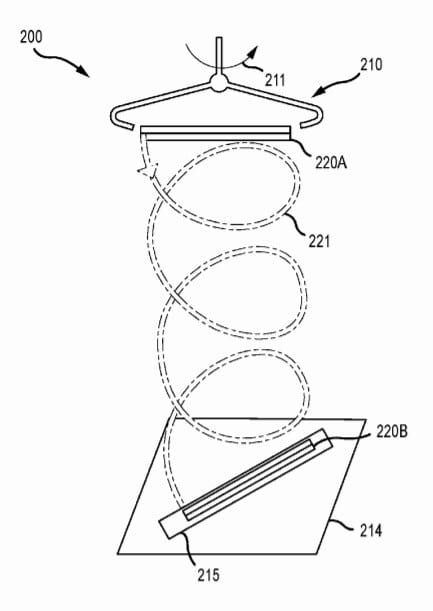 A new patent application filed by Disney has hinted at a breakthrough in their “Stuntronics” programme which could see robots performing acrobatic stunts.

The Stuntronics programme was revealed last year in a publication by Disney Research.

The Stuntronics humanoid robot can perform stunts just like a human stuntperson. A video shows the figure launching into the air from an aerial swing. It performs several flips before landing in a net. Throughout the whole manoeuvre it keeps control of pose, rotation and centre of mass.has revealed a new development in their robotic stunt performer, or “Stuntronics,” program.

However – Disney had some problems sticking the landing.

This new patent looks like the technology has developed to alleviate that problem. Called “Robot with Inertia Shifting Assembly Providing Spin Control During Flight,” it describes a method to allow robots to change location while in the air.

Robots are nothing new for Disney. The company has been showcasing “animatronic” characters over the last fifty years. From the pneumatic and hydraulic figures of the past to the fully electronic characters of today they bring Disney rides and shows to life throughout the company’s parks.

Robots are set to be a key trend for the attractions industry– although they recently hit a wall when Huis Ten Bosch announced plans to cull over half of its robot staff.

Qianlong Garden restoration at the Forbidden City to include Interpretation Center