As it increases its presence within family entertainment centres (FEC) and location-based entertainment (LBE), Simworx has appointed an industry expert to focus exclusively on this sector. 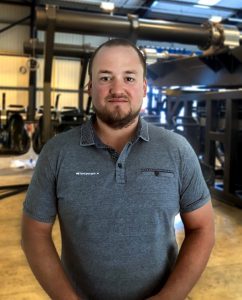 “I’m really happy to be joining Simworx,” says Whittaker. “It is a company I have always had a lot of admiration for. Having worked in the attractions industry now for over 15 years, I am looking forward to showing everyone what we have to offer.”

Simworx around the world

Within the past year, Simworx has installed of a variety of media-based attractions at National Geographic Ultimate Expedition Centres in China and Mexico, in addition to 4D cinemas at the new Nickelodeon Adventure FECs in Madrid and Murcia, Spain.

As its global footprint increases, the company is proud to celebrate its British roots, as seen in here in a new logo introduced as part of a recent rebrand. In June, Simworx co-founder and CEO Terry Monkton picked up an Entrepreneur of the Year Award for the Midlands and South West region.