At the weekend the themed entertainment community gathered for the annual summit and awards ceremony of The Themed Entertainment Association (TEA) at the Disneyland Hotel in Anaheim CA.

The recipients of the 22nd annual Thea awards were announced last November during the IAAPA Exhibtion and trade show in Orlando.

Here are the observations of two industry colleagues, Joseph Joy, Director, Strategic Accounts, Triotech and Kevin Murphy, VP Strategic Planning, Kraftwerk Living Technologies, each of whom volunteered to spend the weekend networking and partying in LA.

The 2016 TEA Summit wrapped up this weekend at the Disneyland Hotel in Anaheim CA and it provided me with six inspirations:

1 Technology needs not be complicated and expensive to engage gameplay

Quan Gan from Gantom Lighting and Controls shared some of his experiences in developing LED lighting products with the simplest and least costly being IR mini-emitters that quickly turned into a zombie game of infection and cure amongst the TEA players.

Mary Brinegar from the “Rory Meyers Children’s Adventure Garden” recounted how she was challenged by her initial seed investor Rory Meyers to match his initial $12 million within 15 months. Armed with a project scaled model, she made the rounds to eventually raise $64 million to fund her project.

This can be no truer than the “Foresta Lumina” project at Parc de la Gorge de Coaticook. Management led by Caroline Sage, planned to attract an addition 7000 guests with the nocturnal light show – the amazing show attracted an astonishing 85, 000 guest and the venue has tripled the number of visitors since the show opened two years ago. Local hotels have 100% occupancy rates and initially restaurants often ran out of food with the unexpected demand.

John Urban from Legends Attractions and Phil Hettema from The Hettema Group shared how guest to the One World Observatory are greeted with a personalized greeting in their native language. The tailored delivery is triggered by the location data of the credit card information they use to pay for admission.

Christian Lachel from BRC Imagination Arts presented their work for both The Henry Ford and The World of Coca-Cola. Two amazing examples of taking a brand and developing a deep emotional experience with outstanding results.

6  Reinvent an attraction staple to make it amazing

Zane Jensch from Nickelodeon walked us through the creative design process for the SpongeBob SubPants Adventure. How they took a simple legacy 4D cinema and developed a multi-sensorial IP driven experience that supports multiple narratives based on spontaneous guest input. The results are fantastic.

Did you attend the summit? What were your big takeaways?

I have never been to a THEA awards gala before and whilst a founder TEA member, with many years on a TEA Board and countless TEA mixers (which I still love whenever I get the chance to attend) it seemed like a good idea to attend a Gala at last.

The Attraktion! team planned a trip to see many clients in the area and I took some advice from THEA attendees on a few things. Staying at the Disneyland Hotel is a must if you can – a great place to mix and mingle with everyone who attends and some amusing moments bumping into old clients and friends.

Get to the event early – the mixer before the dinner is invaluable to get to know a few people and do the rounds, get some pictures with friends and just soak up the atmosphere.

The Awards dinner is huge with about 700 guests , and we had a great mix of people on our table. The layout meant everyone got a great view. The whole ceremony was orchestrated by the Hettema Group, and they did a fun job to make sure the very long evening had variety, fun and some moments to remember. Despite the odd small technical glitch and an autocue that obviously had a mind of its own, it went well. A very wide range of presenters scripted to present the background to each award, and with the large screens, the profile videos for each project provided a wealth of information and really showed how good each project was. It would be unfair and hard to pick out specific awards, but the two that meant more to me for the evening started with the THEA Classic award.

Won by the San Diego Zoo and San Diego Zoo Safari Park, I just want to go!!! They thrilled the audience with animals bought into the room for the evening, and the inspiration and layout of the Zoo was just amazing to behold. So great to see a Zoo up there.

The Buzz Price Thea Award – Recognizing a Lifetime of Distinguished Achievements, went to Keith James of JRA, and wow was that a moment. Keith is a well-known character, confident and knowledgeable, but what we witnessed was a man who was truly humble about the award he so deservedly received.

I have the pleasure and honour of being able to call him a friend, and I know how much his family and his colleagues mean to him, but at the end of his acceptance speech I was almost in tears for him – he takes the highs and lows of his work life, but above all keeps his family first and foremost and some of the comments he made just hit home. What a guy!

Would we go again? Definitely, worth every penny and an evening to remember. Very few negatives, but one small one for me as a European member is that there were not enough International presenters. There is no doubt that the a large part of the industry is based in North America, but there are many out there as clients, designers and suppliers and we need to utilise the broader TEA base. On a real positive note, the variety of projects and International nature of the recipients made up for it – everything from outdoor forest parks with night lighting shows, through to science centers and an observation tower. A delightful and memorable evening. 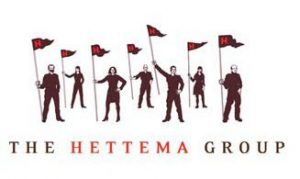