In celebration of National Roller Coaster Day, Cedar Fair has announced a bunch of new attractions, including a new giga coaster, Orion, at Kings Island.

Arriving in 2020, Orion is themed to Kings Island‘s new Area 72, and is one of just seven giga coasters in the world.

Orion has a 300-foot first drop and top speeds of 91 mph over 5,321 feet of track. It is Kings Island’s tallest, fastest and longest steel roller coaster.

Orion is one of seven giga coasters in the world

At Michigan’s Adventure, there will be a new Peanuts-themed area called Camp Snoopy. The zone will boast five rides, including a family-friendly roller coaster, Woodstock Express. Here’s what else to expect:

Valleyfair and Carowinds have also announced ‘Grand Carnivale’ for the 2020 season. The immersive evening spectacular will include a parade and nightly street party.

Also heading to Carowinds is a new mat racing water slide attraction, coming in 2020. Boogie Board Racer is the longest mat racing slide in the Southeast, debuting at Carolina Harbor water park. 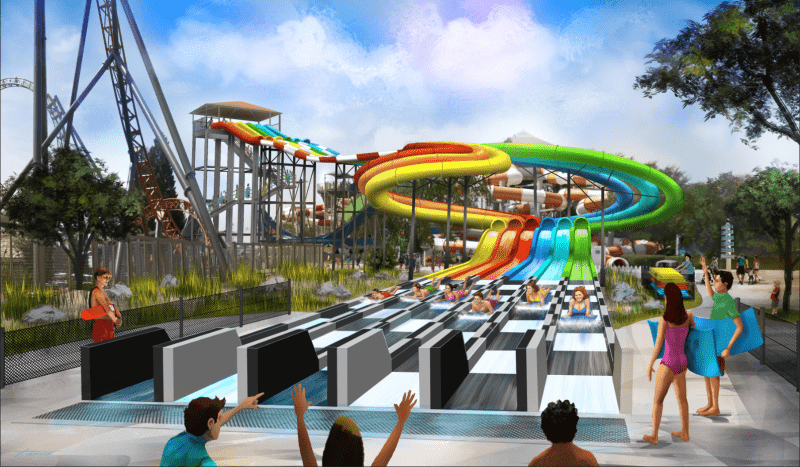 The slide was custom designed for Carowinds by WhiteWater West, who also designed Riptide Raceway, the longest mat racing water slide in the Midwest, heading to Worlds of Fun’s Oceans of Fun water park next year.

Meanwhile, Cedar Point is celebrating its 150th anniversary in 2020 with an immersive nighttime celebration, themed F&B, nostalgic merchandise, and much more.

Next year, Knott’s Berry Farm is also celebrating its 100th birthday with ‘A Knott’s Family Reunion’ – an event paying tribute to the Knott family’s history.