The award recognises his extraordinary contributions to the field of international voluntary standards for the amusement industry.

The Cavanaugh Memorial Award is named after W. T. Cavanaugh, CEO of ASTM from 1970 to 1985, who firmly established ASTM International as the world leader in the development and dissemination of voluntary consensus standards. There are now 12, 000 ASTM standards in operation globally.

Seay (pictured centre between Greg Hale, Vice President and Chief Safety Officer, Walt Disney Parks and Resorts and Jim Pattison, Jr., President, Ripley Entertainment), who was an aerospace engineer before transferring his talents to the amusement industry, has been a driving force in the promotion of ASTM amusement standards round the world. His contributions have also helped promote F24’s responsive development of standards for newer attractions such as ziplines and trampoline parks in recent years.

At Premier Rides, Seay has worked with some of the largest theme park companies, including Six Flags, Universal Studios and Disney. His team helped create and introduce magnetically-launched roller coasters and the world's tallest looping coaster. 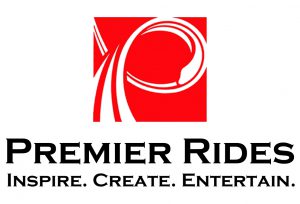