The temporary attraction will be selling traditional cold, frozen and hot Butterbeer, as well as Butterbeer-flavoured ice-cream, cinnamon churros and Chocolate Frogs. 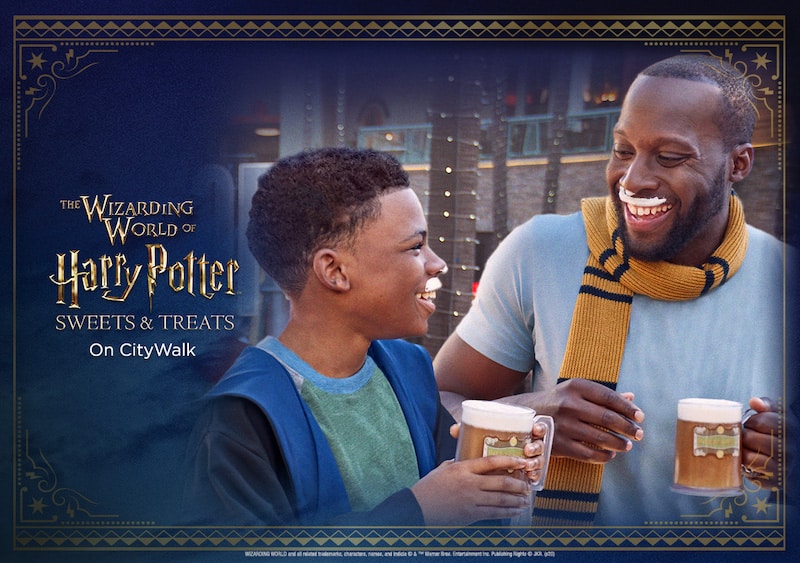 The Wizarding World of Harry Potter – Sweets & Treats will be open on weekends from Friday through Sunday at Universal CityWalk. It opened on November 20.

The resort also unwrapped its lineup of festive entertainment for this year’s Christmas, which runs from November 14 through January 3, 2021.

As part of the seasonal experience, Universal has transformed The Wizarding World of Harry Potter at Universal Studios Florida and Universal’s Islands of Adventure.

The Wizarding treats you’ve been missing are here! For the first time ever at CityWalk, you can enjoy Butterbeer and more at The Wizarding World of Harry Potter — Sweets & Treats, open for a limited time every Friday-Sunday, 12pm-8pm. pic.twitter.com/WEPN9pV3dq

Universal’s Islands of Adventure is also welcoming Christmas at Hogsmeade, where shops are decorated with garlands and lights and seasonal music is provided by the Frog Choir.

Universal CityWalk Hollywood is currently holding a drive-in screening and experience of The Croods: A New Age, as cinemas remain closed in Los Angeles.

Earlier this year, Warner Bros Studio Tour London – The Making of Harry Potter and Platform 9 ¾ Shops launched the world’s first bottled Butterbeer, made and brewed in the UK.