Two weeks into the new year and we see announcements for attractions and new coasters around the world. We were also surprised by an unexpected dark ride, and are looking forward to drinking some free beers.

1) The future of Schlitterbahn Kansas City is in question

While it is only January, the future of the Schlitterbahn waterpark in Kansas City is now in question. 2019 operating calendars as well as season passes are already up for sale for the four Schlitterbahn parks in Texas, but the same can’t be said about the Kansas City park.

The park has been under intense scrutiny since the death of Caleb Schwab in 2016. Things got even more complicated in 2018 when the park was fined for a number of inspection issues just before they were to open for the season; as well as the ongoing legal issues against Schlitterbahn’s Jeff Henry. When questioned about the fate of the Kansas City park, a spokesperson said they had no announcements to make at this time regarding the future of the park. Given all that has happened, it would not surprise me if a possible sale may be in the works for that particular property.

Would you believe an entire attraction themed around the Monopoly board game is in the works? It will be called “Monopoly Dreams”. It is slated to open in Q3 2019 in Hong Kong at The Peak Galleria. The 20,000 sq ft attraction will feature Monopoly themed attractions. There will be 4D and Hologram effects as well as AR visual enhancements as you visit various locations from the board game; including the Bank, Train Stations, WaterWorks, Electric Company and of course… The Jail. Plus you’ll get to visit the secret residence of Mr. Monopoly himself.

Hong Kong Disneyland has announced that the new “Ant-Man and The Wasp: Nano Battle!” interactive dark ride attraction will open to park guests on March 31st. The attraction itself will feature custom footage of film stars, Paul Rudd and Evangeline Lilly. It will involve a storyline that will tie the action inside the new attraction to the Iron Man Experience attraction next door. While Iron Man is battling the forces of Hydra in nearby Hong Kong, they’ve also sent Swarmbots to infiltrate the S.H.I.E.L.D. Pavilion inside Hong Kong Disneyland to steal an important Data Core and only Ant-Man and The Wasp can stop them… but they’ll need the help of the park guests to do it. 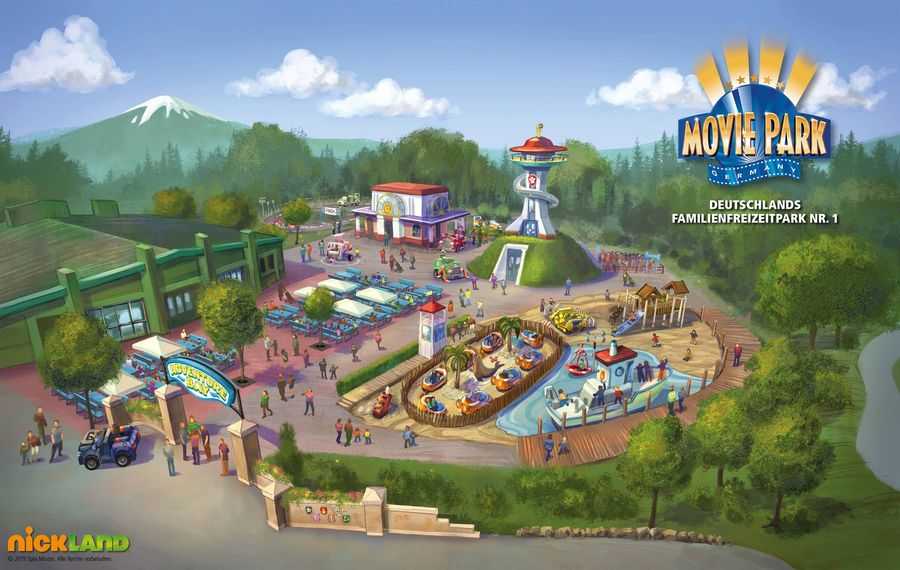 The world of Nickelodeon’s PAW Patrol show will be brought to life in the latest addition to Movie Park Germany. The addition will feature several attractions and areas; including the PAW Patrol Adventure Tour (a custom themed Zamperla Convoy), a children’s playground themed with “interactive beach-style elements” and the park’s former Swiper’s Sweeper ride will be re-themed to become Zuma’s Zoomer.

While the annual CES show in Las Vegas is always full of surprises, perhaps the biggest surprise of them all was how Google built an entire, but sadly temporary, dark ride in the middle of Las Vegas with no one the wiser until the show opened.

They call it “Google Assistant The Ride”. And while passing through classic Disney dark ride style sets, it tells the story of how a Father brings order to the chaos of his life with the aid of Google Assistant; all set to a catchy musical song track. Google has been quiet about the fate of the attraction; but it would be neat to see it saved and set up in a permanent home somewhere for the future.

Hot on the heels of a purchase of a 965-acre property to the south-east of Walt Disney World in December, The Walt Disney Company has made a second property purchase. The new property, said to be over 1,500-acres is located next door to the previous purchase and was bought for a cool $11 million. No plans were announced for either property. However according to insiders, the new land will likely never be developed, and used as conservation credit acreage towards the future development of the land they already own within the main Walt Disney World complex.

In an announcement that came as a surprise to most, SeaWorld San Diego announced their plans through to 2020, which would conclude with the planned addition of a B&M Dive Machine coaster that will be called Mako. Due to height restrictions at the park, the coaster will only be 153 feet tall. It will be located on a piece of land already approved for expansions at that height near the park’s Journey To Atlantis attraction. The coaster will still have to go through the local planning approval process as well as the California Coastal Commission before it gets the final green light to move forward.

Congratulations to Silver Dollar City who announced that park attendance in 2018 hit a record-breaking all time high. Aided by the introduction of Time Traveler (the first Mack X-treme Spinning Coaster), the park hosted 2.184 million guests in 2018, the largest number in the park’s 59-year history.

In what has become an annual tradition, Disneyland raised their ticket prices once again. With the pending opening of Star Wars: Galaxy’s Edge this summer, the increased was expected to be a substantial once. The new price for a one-day, one-park ticket will range from $104 on a value day, $129 on a “regular” day, and $149 if you visit on a peak day… which will likely be every day after Star Wars opens for quite some time. Annual Pass prices also rose steeply with increases ranging from $30 to $250 depending on what tier of pass you have. In addition, the Disney Premier Passes that are good at both Walt Disney World and Disneyland parks jumped from $1579 to $1949.

Today kicks off the #YearOfBeer as part of our 60th Anniversary Celebration! Cheers ? https://t.co/hk9TseyN70 pic.twitter.com/uJVLHMncm4

In a throwback to the days when the Busch Gardens parks were still owned by Anheuser-Busch, Busch Gardens Tampa has announced that they will once again offer two free 7-ounce beer samples to park guests of age for all of 2019. The selection will change throughout the year with offerings from a variety of brewers; just visit the Serengeti Overlook Pub or Garden Gate Café to give it a try.