San Francisco Aquarium has revealed plans to transform into a $200 million Bay Ecotarium, with a new building, submersibles and a focus on the local ecosystem.

According to Bay.org‘s website the strategy is to become a “world-class, sustainability driven aquarium, research and climate leadership facility”.

Jill Biden: Climate change is affecting us, but “too many in our nation…don’t see the need for change. I believe that we are capable” of building a better world for our kids. We need education and hope. And that’s why the #BayEcotarium is so important. @DrBiden @SylviaEarle pic.twitter.com/A3rKMB0vEV

The San Francisco Chronicle reports that approval should be in place by 2020, with the new aquarium opening to the public in 2022.

George Jacob, President Bay.Org is quoted as saying, “We want to make people feel the environment as well as see it …There would be a strong emphasis on understanding the ecosystem from the Sierra to the sea.” 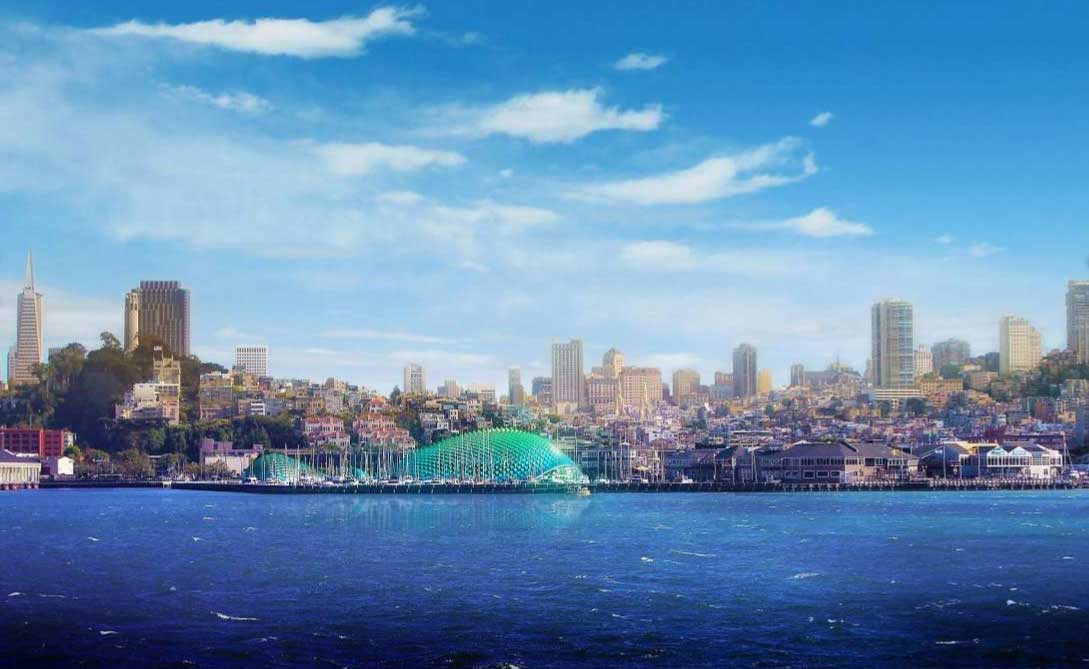 Visitors will enter the new dome building through a digitally enhanced waterfall. Immersive and interactive exhibits will occupy three floors and detail the history of the region’s ecosystem.

Walkthrough 300 feet acrylic tunnels will place visitors underwater in the Bay, surrounded by half million gallons of saltwater and thousands of aquatic species local to the area.

The Bay Ecotarium will also include a submersible launch with submarines on tracks starting at the aquarium and leading into the Bay. Scientists will be able to stream video of their field experiments back to students in the aquarium’s learning centre.

The aquarium hopes to quadruple the number of visitors from current levels of 700,000 visitors. A major goal is to increase outreach six fold, with a target of 250,000 schoolchildren a year through in house programmes and online.

Partnerships will be extended with other aquariums and climate change and conservation organisations.